Last week, we attended the christening of Viking River Cruises‘ spectacular Viking Longships in the Dutch city of Amsterdam. But this was no ordinary event: A total of 10 river cruise ships were christened in a single day, winning the line a Guinness World Record for the most ships christened by a single cruise line in a single day. It was a monumental accomplishment, the likes of which have never been seen, someone joked, since the Spanish Armada.

But while we received many questions about these beautiful new ships, there was one single overriding subject that kept coming up: How are European ports going to cope with the influx of new vessels? With a total of 16 Longships entering service before 2013 is out – and likely dozens more to come – some observers are wondering where there will be space for all these ships to dock.

First, it’s important to remember that river cruise ships are nothing new. In fact, the waterways of Europe are full of all kinds of vessels, from cargo ships to bulk carriers, day cruise ships and, of course, river cruise ships. If Viking River Cruises were launching only two or three vessels per year, few would be talking about overcrowding. But christening 10 ships in a single go tends to turn some heads, bringing focus to an issue that may not be as much of a problem as it seems. 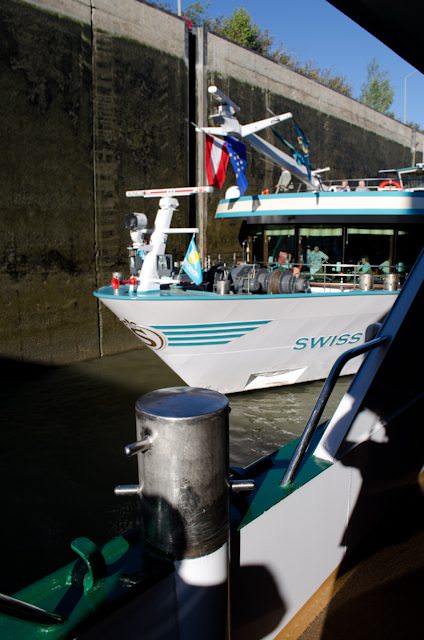 In the Caribbean and Alaska (and indeed, the Med during the height of the summer months), ports like Ketchikan, St. Thomas and Civitavecchia are choked with cruise ships that can bring more than 6,000 passengers and crew on a single vessel. Skagway, Alaska, for instance, has a population of just under 1,000. In the summer months as many as five cruise ships can tie up, bringing with them 15,000 tourists.

A river cruise ship, on the other hand, typically holds no more than 200 guests. The Viking Longships can carry 190 passengers, but most river cruise lines keep their passenger counts substantially lower, averaging around 140 guests. Even if all 16 Viking Longships docked in the same port on the same day, they would carry with them only 3,040 guests – the rough equivalent of the maximum passenger count aboard Princess Cruises’ Crown Princess.

In a city like Vienna, that wouldn’t even make a dent. 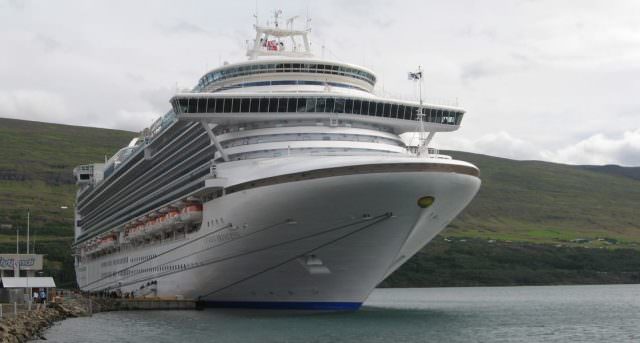 Put together, all 16 Viking Longships carry about as many passengers as a single sailing aboard Princess Cruises’ Crown Princess. Photo © Aaron Saunders

For smaller ports of call, like tiny little Durnstein, Austria – population 867 – the effect of having all 16 Viking Longships stop on a single day would be far more noticeable, but nowhere near the impact that plays out in many Alaskan and Caribbean ports of call. Such a feat would also be technically impossible, as the town lacks the berthing facilities to bring so many ships alongside.

Will there be more demand for prime berthing space? Absolutely. But this could be an advantage for river cruisers seeking new and interesting ports of call. Perhaps instead of calling on Durnstein, ships will sail on to the small town of Weißenkirchen, a beautiful locale in the Wachau Valley that ships currently just sail past.

It’s also worthwhile to remember that Viking is but one river cruise line in operation in Europe. Uniworld Boutique River Cruises and Grand Circle both have European fleets of 12 river cruise ships apiece, while Avalon Waterways has 14. AmaWaterways comes in with a fleet of 13 European-based river cruise vessels. Viking clearly bests them in the raw numbers department, but each river cruise line has its fleet spread out, and frequently running in opposite directions (one ship will sail Budapest to Nuremberg, for example, while the other sails Nuremberg to Budapest.) They don’t deploy all their vessels in the same port at one time.

Coupled with the fact that all river cruise lines are extremely mindful that the intimacy of visiting these classic locales is important to their guests, you can expect to see some careful itinerary planning and berthing scheduling in the coming years.

For now, at least, European river cruising is still light years away from experiencing the kind of passenger congestion that plagues the Caribbean and Alaska.