If you’re looking for a river cruise along the legendary Danube that offers something a little out of the ordinary, Uniworld Boutique River Cruises has an itinerary that’s well worth considering. 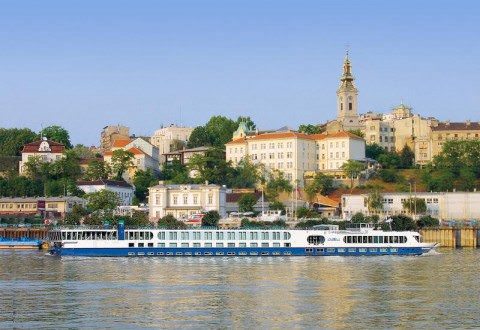 Departing on eight dates between May 5 and September 15, 2013 aboard Uniworld’s classy River Ambassador, this itinerary takes guests on a somewhat unusual journey that begins in the elegant city of Vienna, Austria and concludes in Belgrade, Serbia. 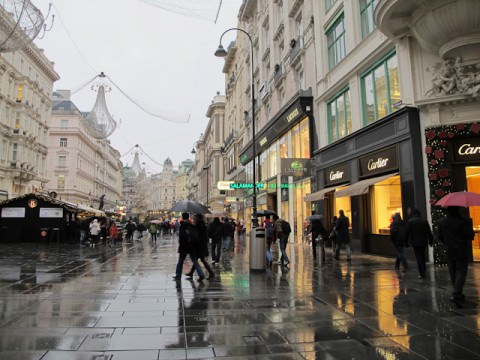 Voyages that explore the Danube typically extend from German cities like Nuremberg or Regensburg and traverse the famous waterway as far east as Budapest, Hungary. Voyages sailing farther east than Budapest typically start in the Hungarian capital and continue until reaching the famous Iron Gates and the Black Sea. This voyage, however, is an option for those looking for a river cruise that bridges both the Eastern and Western European segments of the mighty “Blue Danube.”

Also noteworthy is Uniworld’s comfortable and intimate River Ambassador. Constructed for the line in 1993, this pioneering ship was completely refurbished and refitted in 2011. Aside from the expected enhancements such as new soft furnishings and wall treatments, River Ambassador was also outfitted with 30 completely remodeled staterooms and suites featuring French Balconies.

Situated along the Rhine Deck, these — along with all other staterooms aboard River Ambassador — are outfitted with a handcrafted bed manufactured by Savoir of England, L’Occitane toiletries, plush towels and slippers and an interactive flat-screen television system. They’re also decorated with the line’s elegant style that has become Uniworld’s trademark. 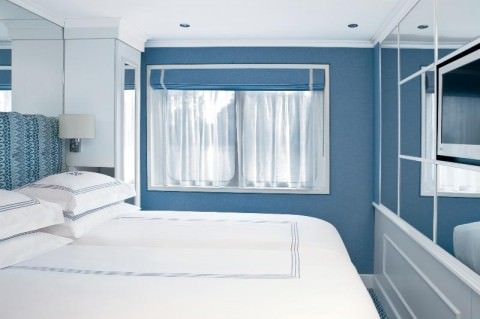