Join us next week here on River Cruise Advisor as we travel to Amsterdam to witness the christening of 10 of Viking River Cruises’ brand-new Viking Longships in a single go, on March 20, 2013. 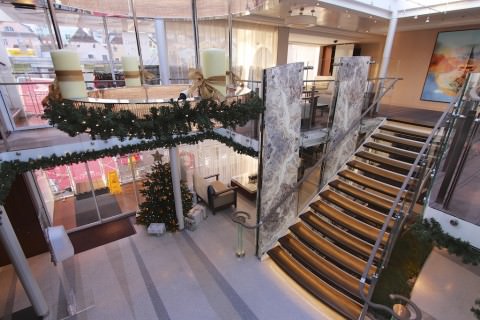 The California-based line had announced in December that it was expanding its 2013 newbuild order from an initial eight to 10 ships, which will bring the total number of Viking Longships in operation along the waterways of Europe to 16 by the end of the year.

Last March, Viking Freya, Viking Idun, Viking Odin and Viking Njord were christened in a one-of-a-kind ceremony in Amsterdam that made waves for having four ships christened in a single go. This year, that number has ratcheted up exponentially, with simultaneous christenings taking place at the Passenger Terminal Amsterdam and at the Neptun Werft yard in Rostock, Germany.

“The river cruise segment is rapidly growing, as more travelers are inspired to experience old destinations in a new way,” says Torstein Hagen, Chairman of Viking River Cruises. “Because of the overwhelmingly positive response we have seen from our passengers in the first season of our revolutionary new Viking Longships, we are pleased to continue our expansion to meet that demand.”

The last two Longships, Viking Baldur and Viking Magni, will join the fleet in the summer of 2013. 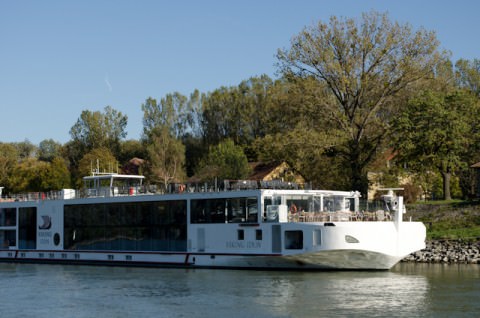 Currently under construction at the Neptun Werft shipyards in Rostock, Germany, the new Longships will sail some of Viking’s most popular European itineraries. The Longships have arguably been Viking’s most successful ships to-date, with extra features like the combination indoor/outdoor Aquavit Terrace, floor-to-ceiling windows, and two spectacular aft-facing suites that are ideally situated for viewing the river.

Viking’s confidence in the success of these new Longships is evident in the numerous patents the company has applied for, covering everything from the ships’ corridor configuration to the design of their distinctive bow shapes.