Good news for wine lovers and those looking for a more in-depth, enriching river cruise experience: AmaWaterways has unveiled the complete roster of guest hosts for its popular In Celebration of Wine river cruise itineraries.

AmaWaterways announces the 2013 lineup of speakers for its popular “In Celebration of Wine” theme cruises. Photo courtesy of AmaWaterways

This year, a total of 21 wine-themed voyages are on offer, each hosted by a different wine expert from the United States or Europe. The new season features dedicated excursions along Portugal’s famous Douro River and the Seine River in France, in addition to the multitude of options ashore on the company’s Danube, Mosel, Rhine and Rhone river sailings.

“AmaWaterways’ wine cruises are extremely popular, and we are absolutely thrilled with this year’s line-up of hosts,” says Kristin Karst, AmaWaterways’ executive vice president and co-owner. “Many of our guests return again and again to Europe’s top wine regions aboard these cruises. They love the hosts’ insightful and entertaining onboard wine lectures, and enjoy seeing Europe’s beautiful scenery and visiting centuries-old wine villages and vineyards.”

The full list of guest speakers and In Celebration of Wine-themed voyages:

March 29: Legendary Wine Regions of the Rhone. James Cluer, MW of Fine Vintages, Ltd. Cluer took his first Wine and Spirit Education Trust (WSET) course at age 18, became a Master of Wine (MW) several years later, and has been working in the wine industry since 1988.

April 2: Classic Port Wines & Charming Quintas. George Sandeman of the House of Sandeman. Over the past two centuries, Sandeman Port and Sherries has become one of the world’s best known brands. George Sandeman is the seventh generation of his family to head the company.

April 5: Paris & the Sparkling Seine. Jim Clendenen of Au Bon Climat Winery in Santa Barbara, CA. Food & Wine magazine named Clendenen “Winemaker of the Year” in 2001; Germany’s leading wine magazine, Wein Gourmet, named him “Winemaker of the World” in 2004; and in 2007, he was inducted into the James Beard Foundation’s “Who’s Who of Food and Beverage in America.”

April 12 & November 1: Paris & the Sparkling Seine. Preston Mohr, an American wine expert now based in Paris, holds an Advanced Certificate from the WSET and is currently studying for his Diploma, to be completed in June 2013. One of his specialties is French Champagne.

April 13: Great Capitals & Vintages of the Danube. Gary and Marcy Eberle of Eberle Winery in Paso Robles, CA. More than 33 years after the release of its first vintage, the award-winning winery remains one of the most highly regarded winemakers in the United States.

October 31: Castles & Wineries of Germany. Len and Marisa Crispino of Foreign Affairs Winery. After living as ex-pats in Italy in the early 1990s, Len and Marisa returned to Ontario and planted their first vines. Inspired by the Italian wine-making process, they use a unique grape drying process known as appassimento (or the Reductio method). 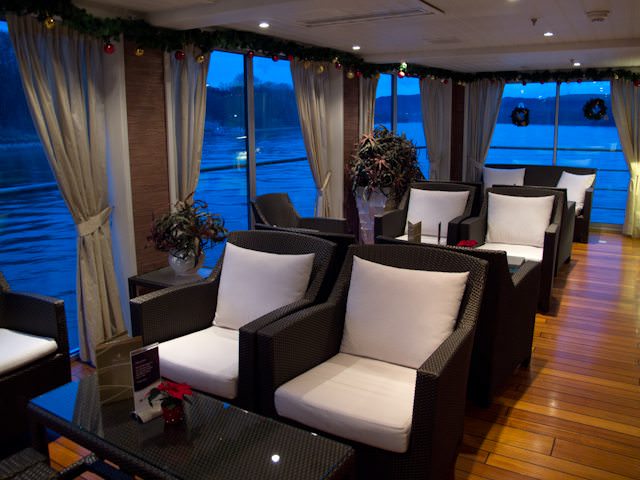 November 7: Vineyards of the Rhine & Mosel. Carissa Chappellet of Chappellet Winery in Napa, an estate known for its Bordeaux varietals and particularly its Cabernet Sauvignon. Chappellet and her brothers inherited the winery from their parents, founders Don and Molly Chappellet. She will co-host with Archie McLaren, founder and chairman of the Central Coast Wine Classic.

November 8: Paris & the Sparkling Seine. Jean-Marc & Kristi Espinasse of Domaine Rouge-Bleu. Rouge-Bleu has been awarded many gold medals in France and its wines have been ranked 90+ points more than four times in Wine Spectator.

November 9: Great Capitals & Vintages of the Danube. Bob and Jodi Dickinson are event chairs for Camillus House Auction, which raises funds for nonprofit organizations in southern Florida. Past auction items have included a rare collection of Chateau Haut Brion, which sold for more than $59,000. 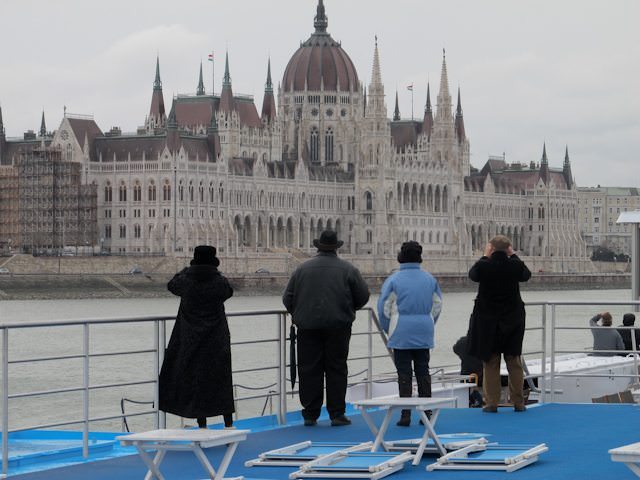 Sailing the Danibe past the Hungarian Parliament in Budapest with AmaWaterways. Photo © Aaron Saunders

November 11: Great Capitals & Vintages of the Danube. Stephanie and Michael Honig of Honig Vineyard & Winery in Napa, known for its Sauvignon Blanc and Cabernet Sauvignon wines. Stephanie has a WSET Higher Certificate and Diploma and has many years of experience in the industry. Michael is often referred to as “the James Brown of the wine industry” and is a leader in sustainable farming.

November 15: Culture & Wine Legacy of the Rhine. Holly Howell is a columnist for the Democrat & Chronicle in Rochester, New York and a well-respected authority on the wines of the Finger Lakes region, particularly Rieslings. She also teaches food and wine classes and makes her own wine.

November 16: Great Capitals & Vintages of the Danube. Barry Wiss, Certified Wine Educator, VP of Communications & Trade Relations for Trinchero Family Estates, a winery established in 1947. The Trinchero family estates represent more than 27 brands in the US and Australia, including Sutter Home, Menage a Trois, and Napa Cellars.

November 22: Culture & Wine Legacy of the Rhine. Mark Johnson of Chateau Chantal Winery in Michigan. Trained at the Geisenheim Research Institute in Germany, Johnson has been the winemaker at Chateau Chantal since it opened in 1986.

More information on AmaWaterways and its exciting itineraries can be found by viewing our complete AmaWaterways Profile here on River Cruise Advisor.