If you’re looking to sail the Danube this summer, you’d be hard-pressed to find a better itinerary than the one A-ROSA has crafted for its Romance on the Danube itinerary departing July 22, 2013 aboard A-ROSA SILVA.

Unlike some Danube-based itineraries, this one includes port call at all the cities you’ll truly want to experience, including visits to both Durnstein, Austria and Bratislava, Slovakia on the same itinerary – a rarity, to be sure.

Equally as rare, A-ROSA Silva overshoots Budapest in favor of a call on the Serbian capital of Belgrade before doubling back on her track to stop in Vukovar, Croatia and Kalocza, Hungary before finally ending in Budapest. 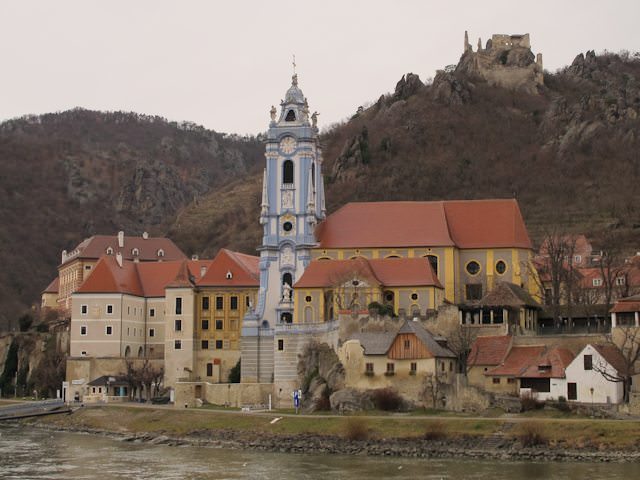 Durnstein, Austria as seen from the Danube on a chilly December day. Note Durnstein Castle on the upper right. Photo © Aaron Saunders

The line calls it Romance on the Danube, but it could just as easily be called The Ultimate Danube.

One of A-ROSA’s key strengths (aside from the wide array of ports and available on-shore experiences) is that the all-inclusive experience doesn’t begin and end with the ship itself.

Complimentary economy-class airfare is included from a number of major gateways in both the United States and Canada. But, should you want to arrange your own air transportation – for example, though the use of frequent-flier points – the line will provide a “cruise-only” fare upon request.

Other “all-inclusive” amenities present aboard each and every A-ROSA sailing geared toward North American guests include:

Plus, if you book before February 28th, A-ROSA is offering offering upgrades to Business Class for just $799 per person, each direction when booking a French Balcony (Category C to F) stateroom aboard one of its All-Inclusive river cruises.

If you live in (or near) the gateway cities of New York, Toronto, Dallas, Los Angeles, Seattle, Miami, Boston, Atlanta, Denver, Chicago, or Washington, DC, you may want to quickly take advantage of this offer. 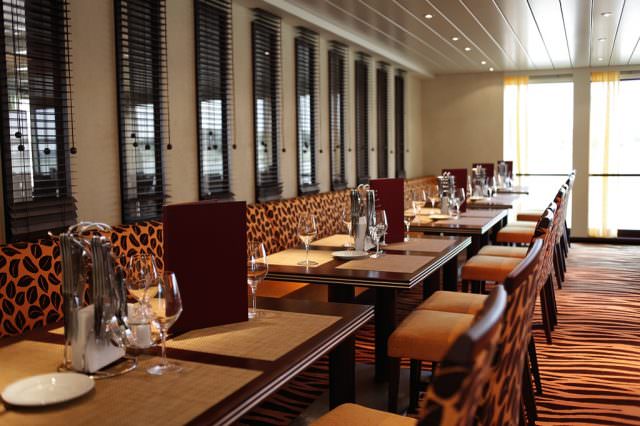 Bold and inviting dining options are available on board Silva. Photo courtesy of A-ROSA.

Here’s why this is such a cool promotion: If you’ve looked at the cost of business class airfares on any major North American or European carrier lately, you’ll know they (like economy-class fares) are through the stratosphere. They’re not just expensive; they’re downright unaffordable unless you’ve got cash to burn or a frequent-flier account that looks like you’ve won the lottery. So to be able to upgrade to Business for a fraction of the cost places that luxury in the realm of possibility for many of us who are looking to make our vacations truly memorable.

Check out our complete A-ROSA River Cruises profile here on River Cruise Advisor for full details on the company’s North American offerings for 2013.