Last March, we travelled to the beautiful Dutch port city of Amsterdam to witness a significant moment in river cruise history: the christening of four of Viking River Cruises brand-new Viking Longships.

A lavish ceremony at the Passenger Terminal Amsterdam was put on to mark the occasion of the official unveiling of Viking Odin and Viking Idun in Amsterdam, with Viking Freya and Viking Njord christened via video uplink from their location at the Neptun-Werft shipyard in Rostock, Germany.

Next month, join us here on River Cruise Advisor as we return to Amsterdam once again for another Viking Longship christening extravaganza. 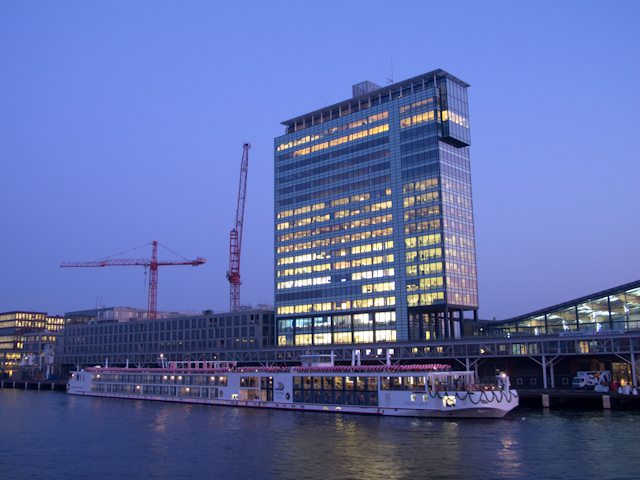 “As the fastest-growing segment of travel, river cruising is inspiring more vacation plans than ever before,” says Torstein Hagen, chairman of Viking River Cruises. “We are very pleased by the response we have seen to our new Viking Longships, and we are continuing our expansion to meet that demand.”

After the first four were christened in March 2012, an additional two Longships entered service that summer, bringing the total number in operation at the end of the year to six. This year, 10 Longships will enter service, with another eight to follow next year, for a grand total of 24 by the start of 2014. 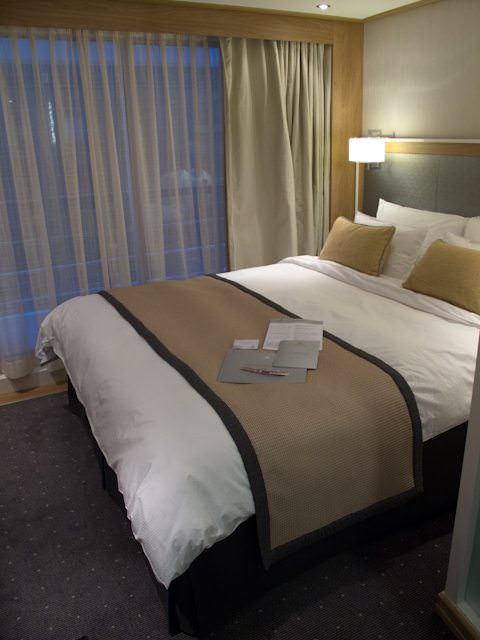 Staterooms aboard the Viking Longships are designed by the Norwegian firm of Yran & Storbraaten. Photo © 2012 Aaron Saunders

While that may seem like a remarkable number, it also makes sense given the immense popularity of these new vessels with passengers. Viking, it seems, has managed to hit on the magic formula that combines modern, big-ship styling with the intimate warmth and ambiance of a traditional river cruise. The company is so sure of its design, that it has even taken steps to patent certain aspects, like the off-set corridor placement that has allowed Viking to create full suites next to more traditional accommodations. 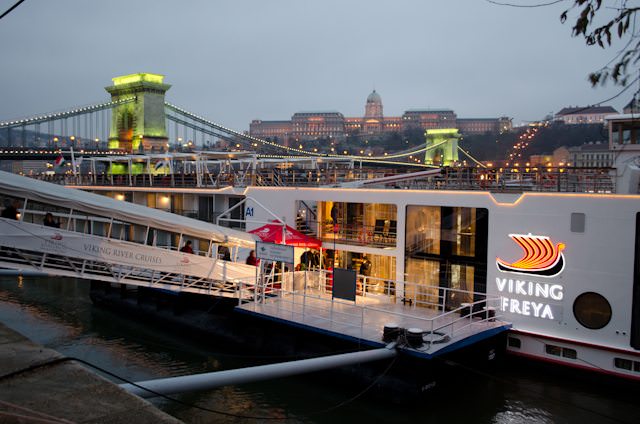 Viking Freya in Budapest in December 2012 for one of her Christmas Markets voyages. Photo © 2012 Aaron Saunders

At the top of the pack, the ship’s two Explorer Suites measure an astonishing 445 square feet and feature a separate living room, bedroom and private, wraparound, aft-facing veranda with a 270-degree view.

An additional seven Veranda Suites feature a two-room concept, with a full-size, step-out veranda in the living room and a traditional French balcony in the bedroom.

All of this is complemented by small touches throughout the ships, like floor-to-ceiling windows throughout; an onboard herb garden; solar panels; heated bathroom floors; and a soaring atrium surrounded by glass windows, walls, and accents. 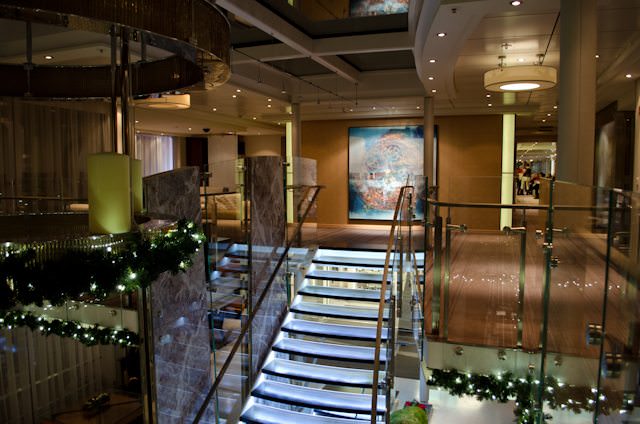 The spacious reception lobby, as seen from its second floor, aboard Viking Freya. Photo © 2012 Aaron Saunders

More information on the Viking Longships can be found on our detailed Viking River Cruises overview.