Good news for lovers of Avalon Waterways‘ breathtaking “Suite Ships.” The line plans to introduce another three of these trendsetting vessels in 2014, citing the overwhelming response to existing Suite Ships like the Avalon Panorama. 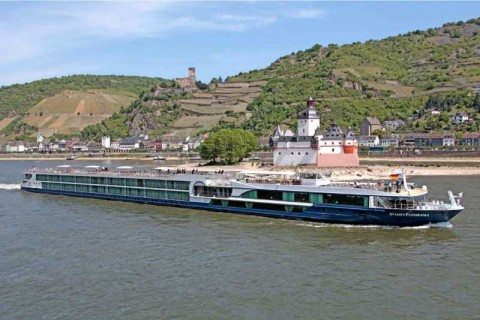 With the debut of Avalon Poetry II, Avalon Illumination, and Avalon Impression in 2014, Avalon’s total number of Suite Ships will rise to eight, representing an increase in passenger capacity of nearly 10 percent.

Part of the reason Avalon has dubbed these vessels “Suite Ships” can be found in their innovative Open-Air Balcony, which provides a sliding glass door that opens to create a seven-foot wide outdoor expanse.  Due their design, the balconies can be enjoyed year-round, without sacrificing interior room space. 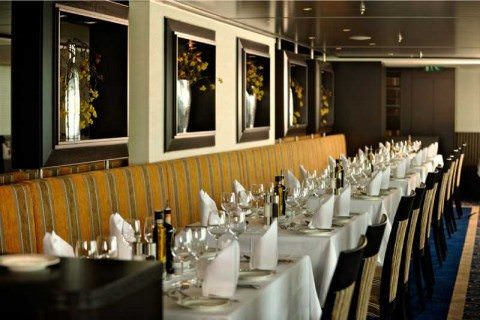 Alternative dining is one of the many hallmarks of Avalon’s Suite Ships. Photo courtesy of Avalon Waterways

Like their earlier fleetmates, Avalon Poetry II, Illumination, and Impression will boast two full decks of suites, with nearly all accommodations measuring greater than 200 square feet. “Eighty percent of the rooms on our Suite Ships are 200-square-foot Panorama Suites or 300-square-foot Royal Suites,” says Patrick Clark, managing director of Avalon Waterways. “And our smallest stateroom in the fleet is still a very comfortable, 172-square-feet.

”The theme of elegance and space extends to the public areas of these new ships as well. All of Avalon’s Suite Ships have been designed to offer guests an alternative dining venue, in addition to Panorama, Sky and Observation Lounges that not only provide added choice, but also help to create cozy and intimate spaces with which to relax and take in the beauty of some of Europe’s most storied waterways.

In 2014, Avalon will deploy its Suite Ships along the Danube, Main and Rhine Rivers.

To see what makes one of Avalon’s Suite Ships so special, check out our review of the ship that started it all, the elegantly appointed Avalon Panorama.