You are here: Home / Destinations / Africa / River Cruise Through Africa

We’ve spent a lot of time here on River Cruise Advisor talking about European river cruising, largely because that’s where the epicentre of the industry was and continues to be, even as river cruising undergoes a massive transformation that will continue into 2013 as it moves slowly but surely away from being a “niche” form of travel and into the mainstream public conscience.

But California-based AmaWaterways has had some great success in a region that seems like a natural river cruising destination, despite the fact it hasn’t yet fully caught on there: Africa. And African river cruises should be on any adventurous traveler’s “must-do” list. 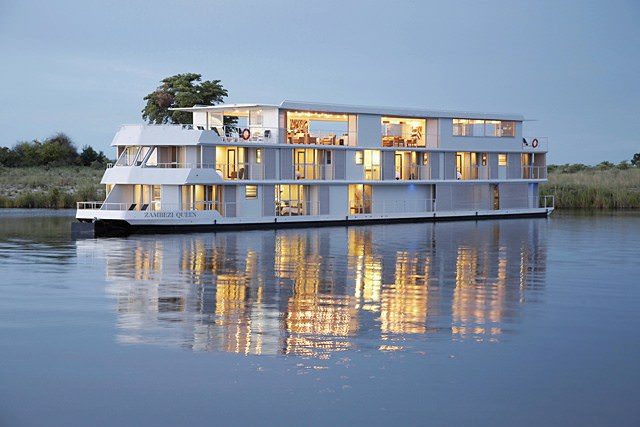 On the 28-guest Zambezi Queen, AmaWaterways is offering three distinct African itineraries for 2013: the 16-day Stars of Africa; the 16-day Africa Sunsets; and the immersive 19-day Golden Trails of Africa.

In Stars of Africa, guests will enjoy three nights in the beautiful city of Cape Town, three nights in Kruger National Park Area and one night in Johannesburg before embarking for four nights aboard the Zambezi Queen, ending with a two-night stay in breathtaking Victoria Falls. Known as “The Smoke that Thunders,” Victoria Falls is notable for its beautiful, 355-foot high sheet of cascading water. 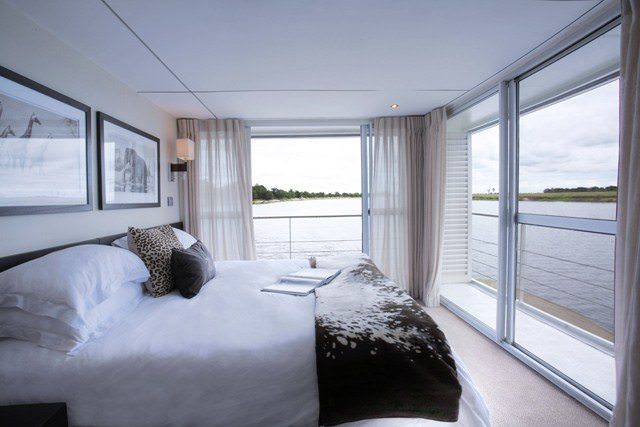 One of the well-appointed suites aboard the Zambezi Queen. Photo courtesy of AmaWaterways

African Sunsets includes 16 days of exploration on this beautiful continent. Three nights are spent in Cape Town before traveling to Okavango Delta for two nights. Okavango is the world’s largest inland delta, and one of the richest permanent and non-permanent settlements of wildlife. Upwards of 400 species of birds and more than 70 species of fish can be found here. After that, it’s off to Savute for two nights before embarking Zambezi Queen for a multi-day safari cruise before concluding in Victoria Falls.

For the guest who wants the complete immersion experience, AmaWaterways’ 19-night Golden Trails of Africa is tough to beat. With one night in Nairobi to kick this itinerary off, guests will spend eight nights at game reserves in Amboseli, Lake Manyara, Ngorongoro and Serengeti; one night in Johannesburg, followed by four nights aboard the Zambezi Queen and two nights in Victoria Falls.

AmaWaterways is one of the only major river cruise companies to offer sailings that combine the convenience of a river cruise with the unparalleled wonder of an African safari. If you like your river cruises adventurous, you could hardly ask for more. 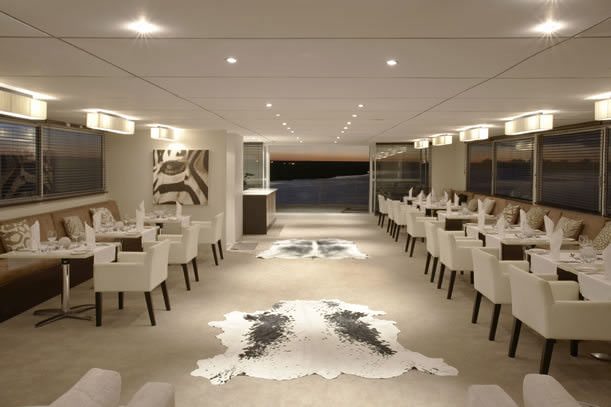