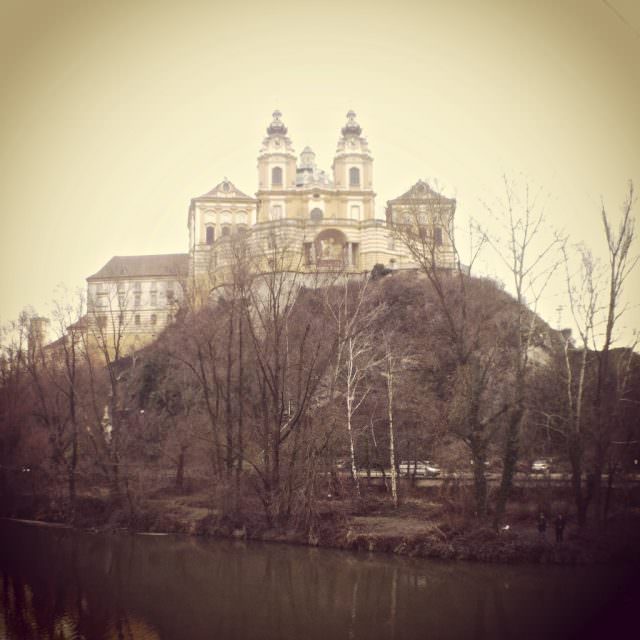 Today’s soft, golden light seemed to evoke the essence of the Melk Abbey, as if some saintly spirit were presenting it from the heavens. © 2012 Ralph Grizzle

That’s the famous Melk Abbey in the photo above. We visited the Benedictine abbey this afternoon when Viking Odin docked in Melk, an Austrian village situated on the Danube River.

The abbey has been one of the highlights during our weeklong Christmas Markets cruise.

We began our cruise Saturday afternoon in Budapest, where I visited one of the livliest — and most authentic — Christmas Markets I’ve had the pleasure to experience. See Last Night At The Budapest Christmas Market for photos and to read the about the experience.

We spent the next day and night motoring upriver to dock Monday morning in Vienna, a city that I did not want to leave even after nearly 18 hours of being docked on the Danube, free to come and go as we wished between the ship and the city center.

In Vienna, I joined a wonderful tour that took us from Viking Odin into the city using the clean and easy-to-use Metro (Viking River Cruises even ponied up for the Metro tickets on this complimentary tour).

Instructed by our personable and professional guide, 14 of us, all guests on Viking Odin, exited the metro at Karlsplatz, where our guide took us on a narrated walking tour past some of the city’s most significant historical and cultural sights.

With an hour of free time afterward, I set out to fulfill my goal of visiting a Viennese coffee house, where I sat for nearly an hour absorbing caffeine and the city’s storied coffee culture. See photos and a post about the metro tour and what it was like to experience the coffee culture, Viennese Coffee Culture & A Journey By Metro From Viking Odin.

We cruised upriver again this morning, past charming towns, with church spires pitched against rolling hills and trees lacking leaves. After lunch, many of us joined the included  guided tour of the Melk Abbey. 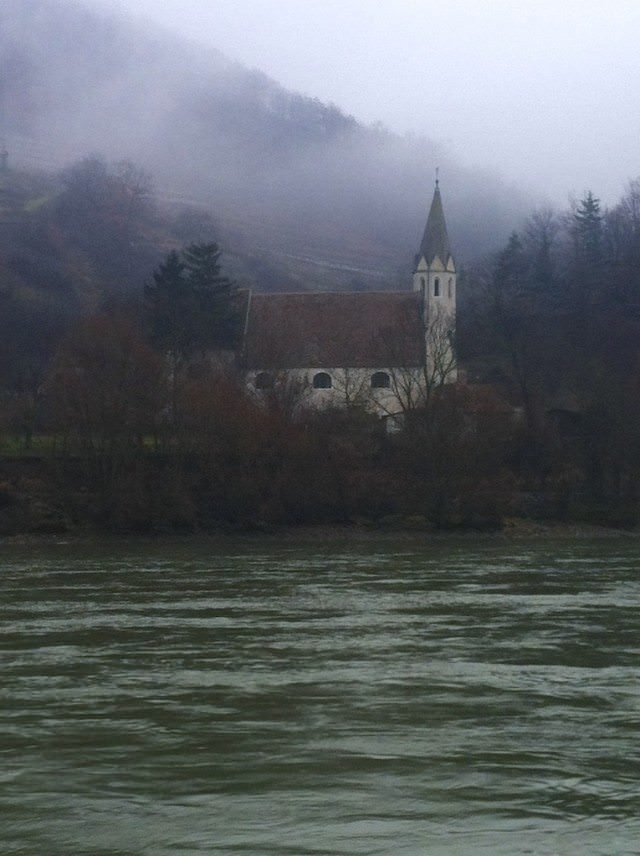 On the way to the Melk Abbey this morning, we passed many church spires pitched against rolling hills and trees lacking leaves. © 2012 Ralph Grizzle

I had visited the abbey a few times before, including during the spring when the mustard-hued abbey appeared hoisted above green trees against a blue-sky backdrop. Today’s soft, golden light, however, seemed to evoke an appropriate essence of this well-known monastic site, as if some saintly spirit were presenting it from the heavens.

Surely, this is a cruise that elicits many emotions. Perhaps that is the nature of winter and the holiday season. For me, and for many others on this journey, this is a joyous time of year, and many of us feel fortunate to be in a place where the holiday traditions manifest themselves, sometimes in surprising ways, around every bend of the river.