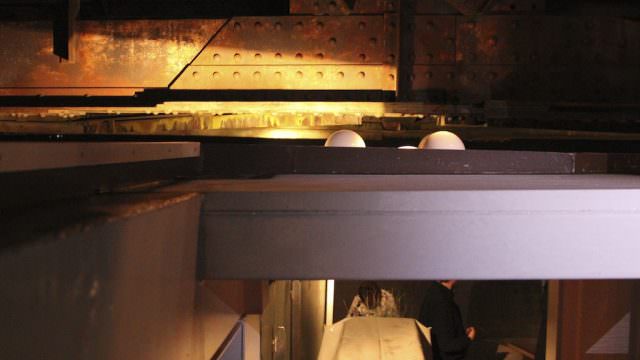 With only centimeters to spare, Viking Odin attempts passage under a low bridge. © 2012 Ralph Grizzle

So did Viking Odin make it under the bridge I told you about yesterday?

If you’ll recall, she was two inches too tall to pass under a bridge crossing the Danube River (in case you missed the story see, Under The Bridge? Viking Odin Two Inches Too Tall: With Water Level Receding, Will She Make It?)

The first four attempts, in fact, were unsuccessful. The captain made valiant efforts, but no success. And so he patiently waited, and at around 3 a.m., the water level began to drop, falling four inches below the level on his first attempts. It was enough for him to make a fifth attempt, and that one was a success.

Tonight, 24 hours after our first attempt, the captain tells me that the water level has receded by 11 inches, thanks to the opening of locks downstream. You can sense the challenge in navigating the river during heavy rainfalls and snow melts. 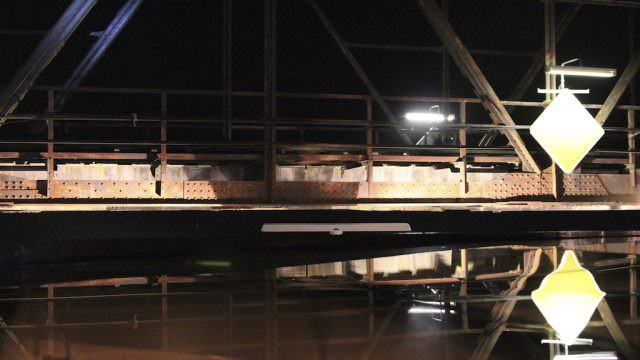 She was two inches too tall, but the water levels were changing constantly, so the captain made an attempt to pass under. © 2012 Ralph Grizzle

I applaud the captain and crew for the way they handled the challenge. They kept us well-informed all along the way, but more importantly, they got us to Nuremberg, without the inconvenience of having to disembark and transfer by bus to hotels, which another cruise company had to do with its guests.

True, there were logistical challenges that kept the staff working hard. For example, they had to arrange busses to get us to Nuremberg, without knowing when, or even if, we would make it under the bridge.

As the story ended, it took us two hours by bus to get to Nuremberg. And it took us about 90 minutes to get back to Viking Odin. She had been chugging along the Main-Danube Canal, trying to make up for lost time.

As of now, we’re scheduled to reach Nuremberg at 3 a.m., just in time for the first transfers to the airport,on time as originally scheduled, for trips home (I pity those poor souls who booked early-morning flights). 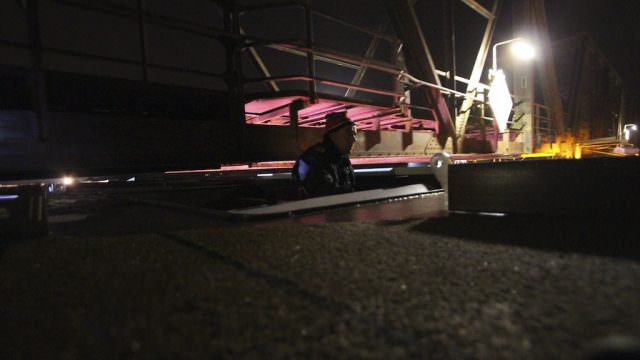 There was only a single casualty in the four unsuccessful attempts to pass under the bridge: a deck chair. I’ll be posting a video tomorrow, if I can find sufficient bandwidth, so that you can share the experience we had.

The bridge episode was exciting, something that I am sure all of us will remember. I even joked at one point that high water bridge transits could be marketed as theme cruises. At dinner tonight, the captain confessed that the ordeal was exhilarating, a challenge, I suppose to the human spirit.

So look for a a video tomorrow, and in the meantime, please enjoy the Flickr slideshow below.