You are here: Home / Lifestyle / Art / Live From the River: Viking Freya & the Christmas Markets 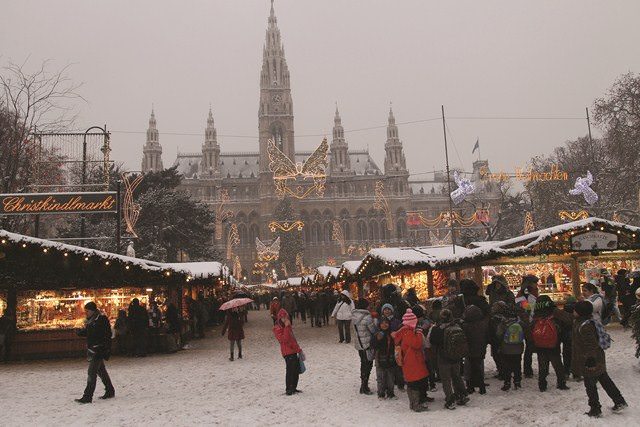 We will visit one of the largest and oldest Christmas Markets in Vienna on our cruise aboard Viking River Cruises’ Viking Freya. Let’s hope it snows. Photo courtesy of Christkindlmarkt Vienna.

Starting in Budapest, Hungary on December 2 and concluding in Nuremberg, Germany, we’re again bound for the spectacular Danube River and the historic Christmas Markets of Europe. We’ll also be spending an evening in Amsterdam, Netherlands before flying off to Budapest; it seemed like such a shame to connect through this vibrant city without stopping off for a night. 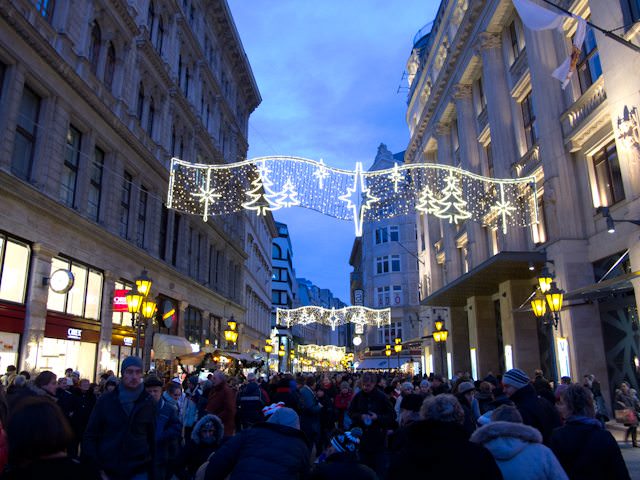 There’s absolutely nothing that can compare to the wonderfully festive spirit of these Christmas Markets, as I discovered last year. The experience of wandering through some of the most beautiful ports of call along the Danube while sipping hot spiced wine known as Gluhwein and discovering the sprawling outdoor Christmas Markets made a profound impression on me. 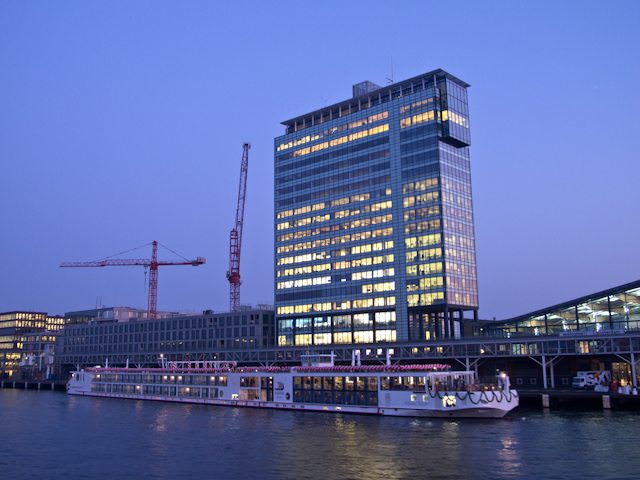 In that same vein, so too did Viking River Cruises magnificent new Longships. Even in the luxurious world of river cruising, there’s nothing like them afloat. I spent two nights onboard Viking Odin in Amsterdam this past March for her christening, and it was like stepping into the future of river cruising. That’s not a knock on other lines; it’s just a reflection of how forward-thinking these new ships are.

Floor-to-ceiling windows flank the port and starboard sides of these ships, and guests enter through a dramatic, two-story atrium topped with a glass skylight. Staterooms featuring river views. French balconies and full balconies are available, and I’ll be testing out my very first step-out balcony on a river cruise ship to see how it compares to my current favorite, the French balcony. 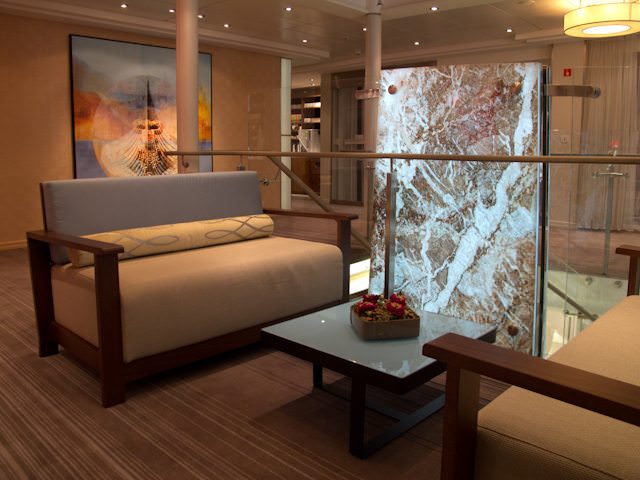 By day, these ships sparkle. At night, they truly come alive with an understated, modern elegance. Chief among the innovations that I enjoyed was the forward-facing Aquavit Terrace. In warm weather, the windows and ceiling open to create an outdoor dining space, and during inclement weather, this excellent vantage point can be completely enclosed.

Heated bathroom floors, an onboard herb garden, solar panels, and other thoughtful touches are just some of the reasons that these new ships have become the most popular vessels Viking has ever introduced. 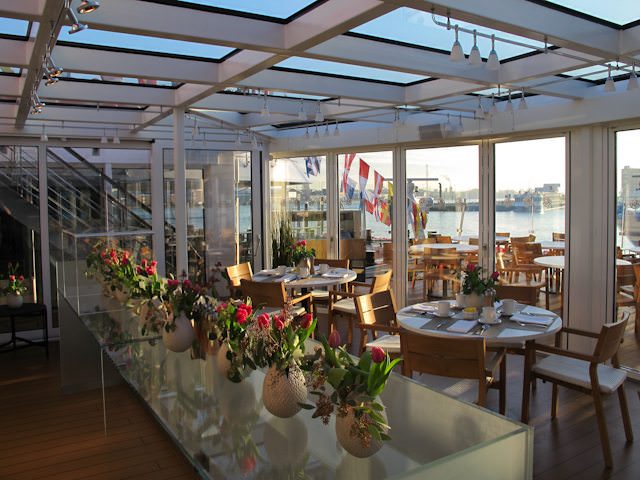 One of the greatest innovations aboard Viking Frey and her Longship sisters is the indoor/outdoor Aquavit Terrace. Photo © 2012 Aaron Saunders

There’s also good reason to like this run. Although I was just in Budapest and many of these ports at the start of October, I’ve barely been able to scratch the surface of all that is possible in cities like Vienna, Passau and Nuremberg. Vienna and Regensburg in particular drew me back to this itinerary for their stunning Christmas Markets. Vienna boasts more than 12 distinct markets this year, and Regensburg’s beautiful Romantik Christkindlesmarkt made an enormous impression on me.

While past Voyage Reports have been primarily posted on our sister-site, From the Deck Chair, we’ll be making a concerted effort to double-post our daily missives here as well. So come along with us as we sail the Danube and experience the pure magic of some of the best Christmas Markets that Hungary, Austria and Germany have to offer. Coverage begins Friday, November 30, 2012. 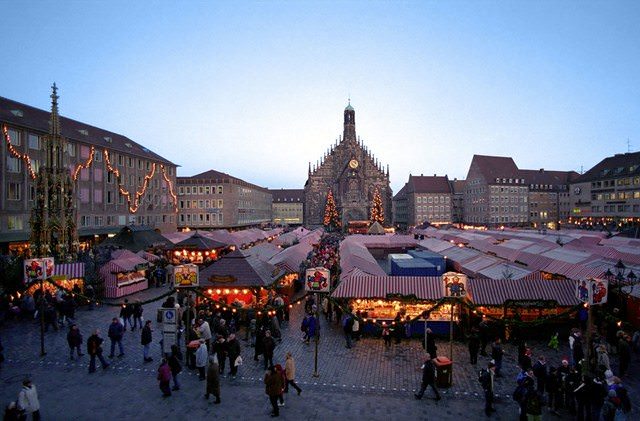 Be sure to follow our Live Voyage Report from onboard Viking River Cruises’ Viking Freya, running November 30 to December 8, 2012.