You are here: Home / Destinations / Europe / Hungary / Budapest / In Pictures: A Day in Beautiful Budapest, Hungary

Budapest, Hungary is a tough city to pin down. It’s a city of contrasts, one of breathtaking beauty coupled with stark, barren reminders of the Second World War and the subsequent Soviet occupation. As the start and ending points for many river cruises, it’s also one of my absolute favorite ports of call along the famous Danube.

Here, then, is A Day in Budapest, Hungary – In Pictures. 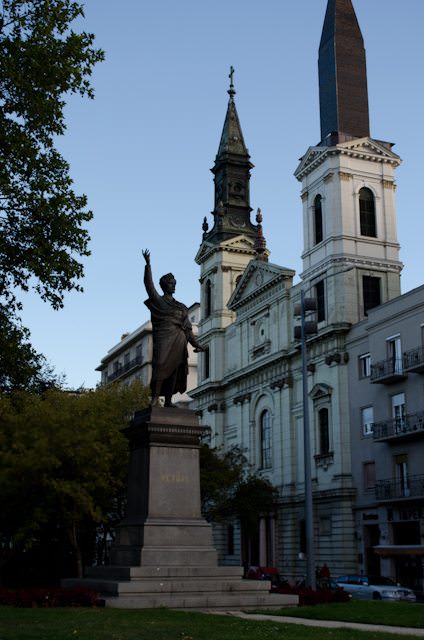 We begin our tour at the Hungarian Opera House, which was designed by Miklos Ybl and opened in 1884. The story goes that Emperor Franz Joseph declared that the opera house in Budapest should not be as large as the ones in Vienna. Ybl promised and followed through on that guarantee, creating a smaller theater and stage. However, the Emperor didn’t specify how opulent it should be.

Reportedly, Franz Joseph visited the Hungarian Opera House only once, and was so incensed at its beauty and opulence that he never returned. His wife, Empress Elisabeth — or Sisi — did, however, return. 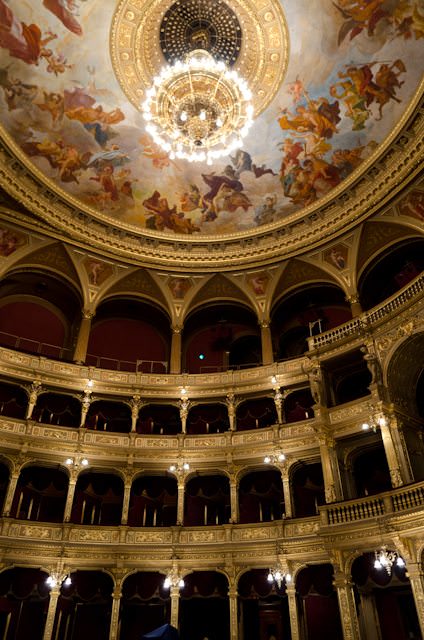 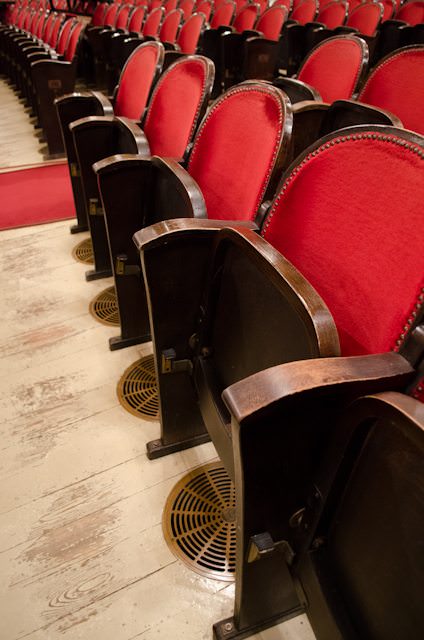 There’s a reason I took a photograph of these seats. Note the circular metal ventillation cover underneath each; the 1880’s version of forced-air circulation intended to keep the theater temperate at all times. Photo © 2012 Aaron Saunders

When I visited, Hungarians could enjoy the opera for am affordable price; even the best seats in the house only cost the equivalent of about $80, with the “cheap seats” going for less than the cost of a meal at McDonalds. It’s a venue dedicated to culture, with a full program of operatic productions scheduled. On the day following my visit, Erkel Ferenc’s Hunyadi Laszlo would premiere to a sold-out crowd. Just visiting this amazing, palatial space made me wish we were headed there for a full performance. 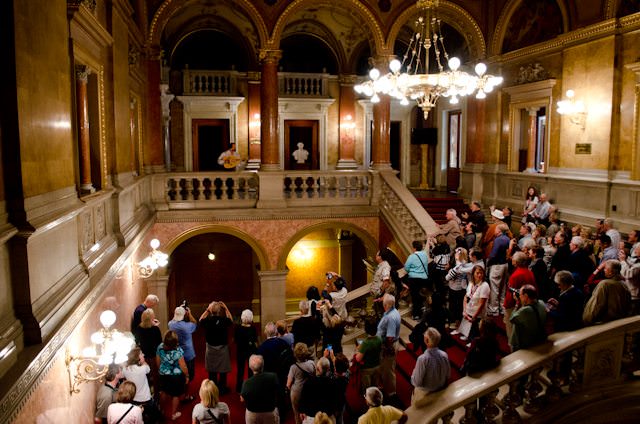 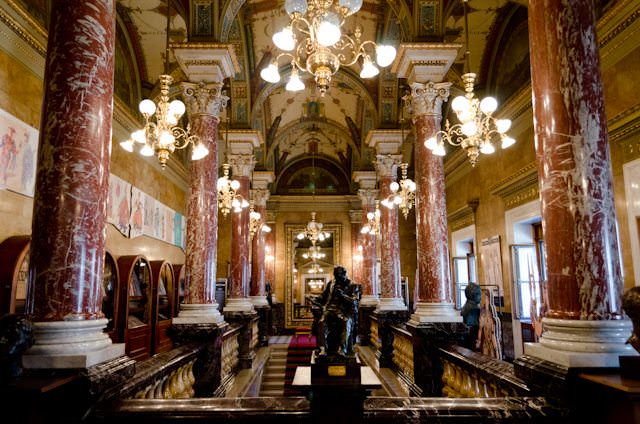 It’s worth noting here that there is an extra charge for those visitors to the Opera House that wish to take photos — like yours truly. Some river cruise lines, like Tauck, covered these additional fees for each and every guest wanting to take photos, along with the standard admission fee.

With ample time to explore here, we make our way to Hero’s Square, which was originally completed in 1900 and intended to be a monument to 1,000 years of Hungarian History. In later years, it has also functioned as a war memorial for both the first and second World Wars, as well as serving as a memorial site for Imre Nagy, a politician who was executed in 1958 as a result of the failed Hungarian Revolution of 1956. 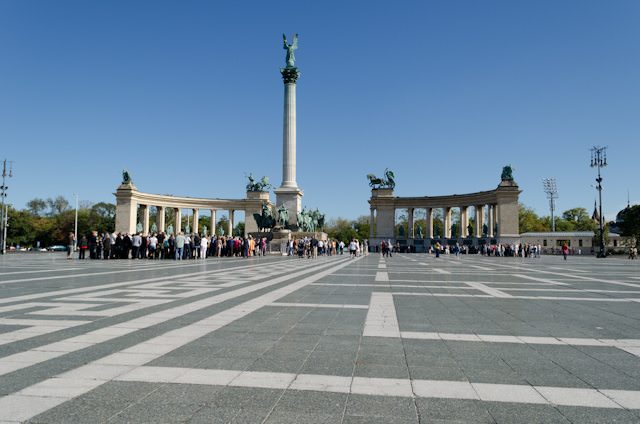 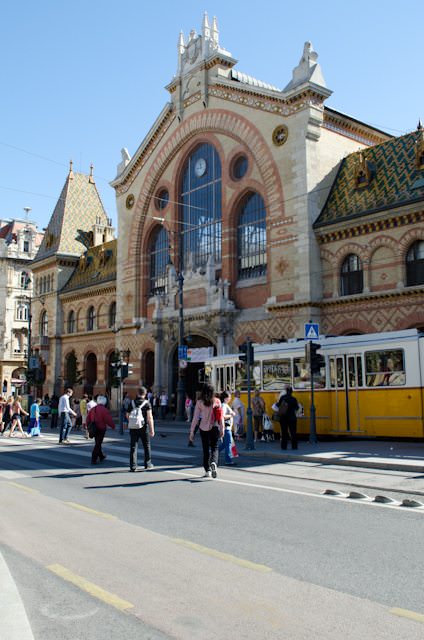 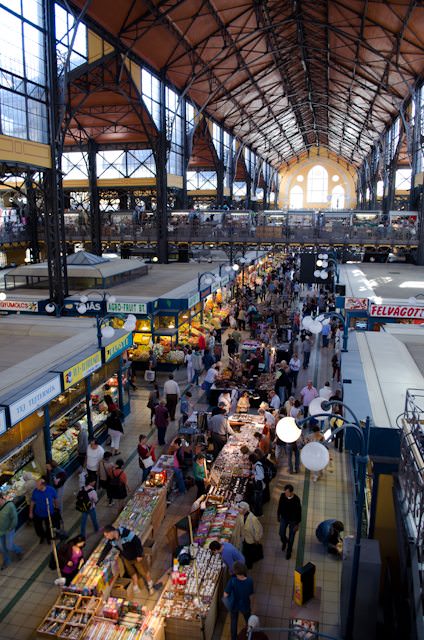 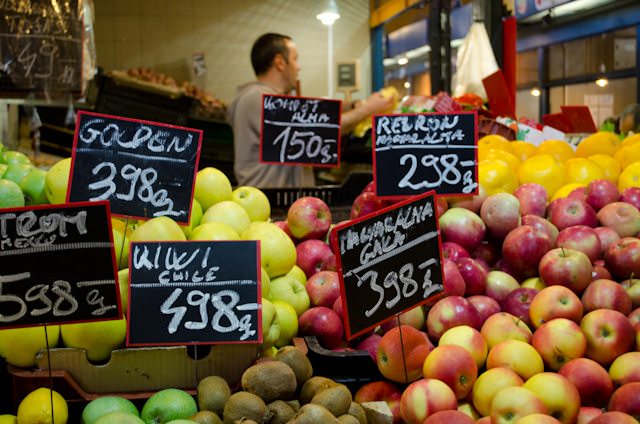 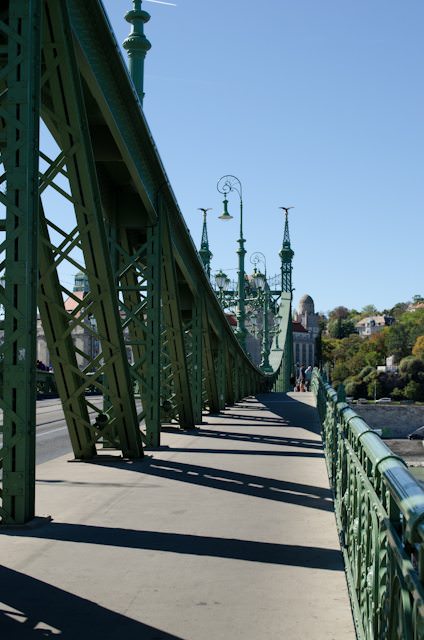 After having lunch, I set out from the market on a three-hour stroll through Pest. I crossed the Liberty Bridge spanning the Danube, which was constructed in 1896 and opened by Emperor Franz Joseph himself. It measures 1,102 feet in length, and hosts trams, cars and pedestrians. 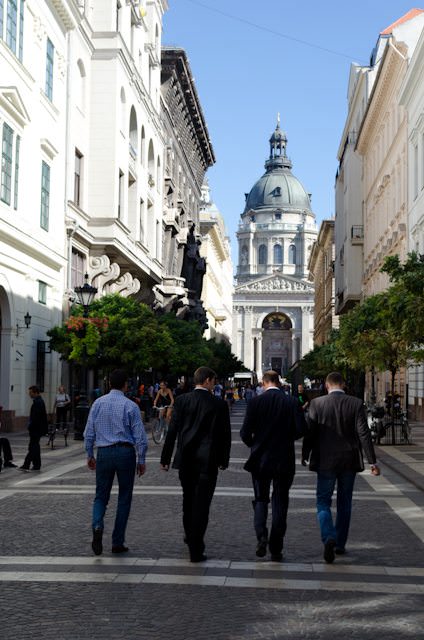 I also took the time to lose myself among Budapest’s streets; a good aimless walk is one of my favorite pastimes, and today provided a great opportunity for me to visit areas of the city that I missed during my first brief visit here last December, including the Chain Bridge, the Gellert Baths, Gresham Palace, and St. Stephen’s Basilica. 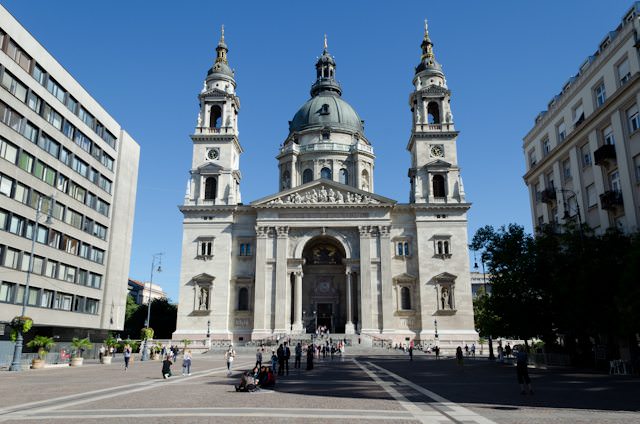 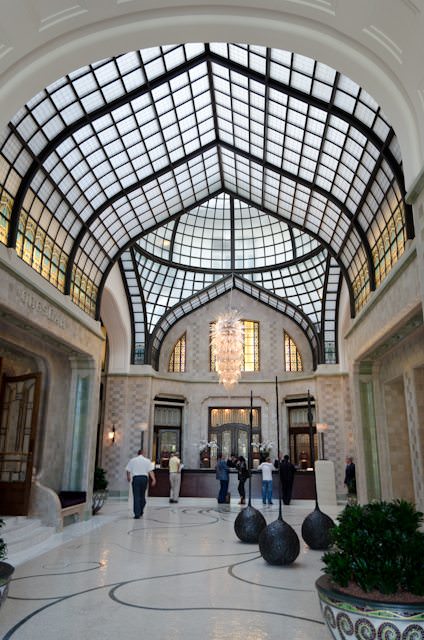 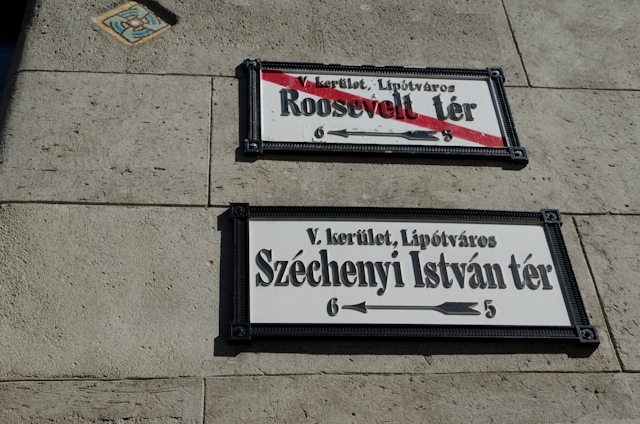 But one thing has remained with me all day, occupying the thoughts in the back of my mind like an itch that refuses to be scratched. It was the sight of dozens of cast-iron shoes lining the banks of the Danube near the Hungarian Parliament. Placed there in 2005, the shoes are intended to serve as a memorial to a dark chapter in Hungary’s history: the execution of Jewish citizens on the banks of the Danube in 1944-45. 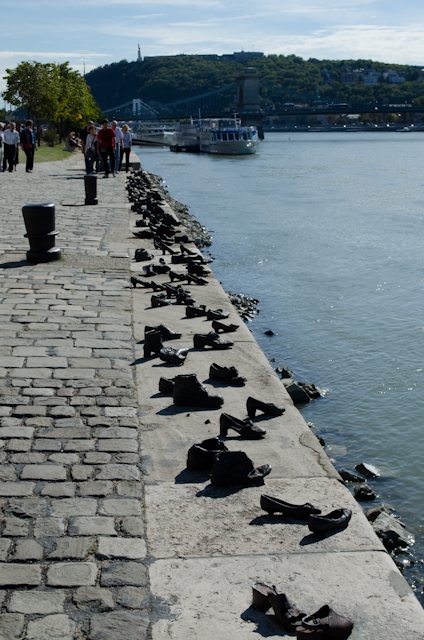 Paraded through the city, they were forced to remove all their personal effects — including their shoes — while standing in a line along the edge of the embankment. With this task completed, they were then executed by Arrow Cross militiamen, whereupon their bodies would fall into the Danube. 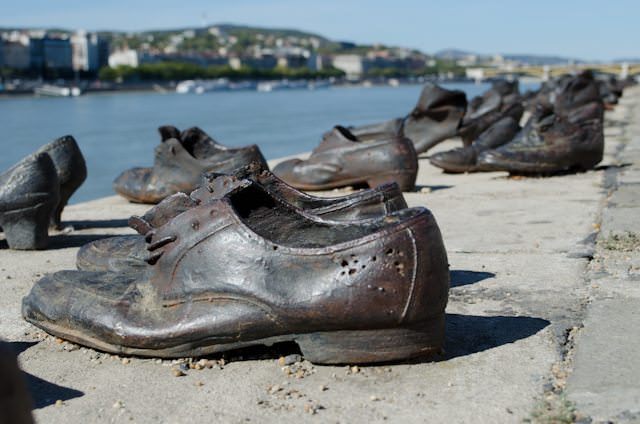 Yet it did happen. People — innocent people — were herded across the uneven cobblestone. Ahead of them, the Danube glistened, and Fisherman’s Bastion on the Buda side looked on silently. I can only wonder how many ordinary, good Hungarians closed their eyes when those shots rang out across the river. But I appreciated our local guide’s forthrightness when she explained this monument to us: “There are many beautiful moments of brilliance in Hungarian history; but then, there are those that we would rather forget; and those we would rather never mention. But to pretend it never happened is not the solution.”

It reminds me of a line in one of my favorite movies, Magnolia (1999): “We may be through with the past, but the past ain’t through with us.” 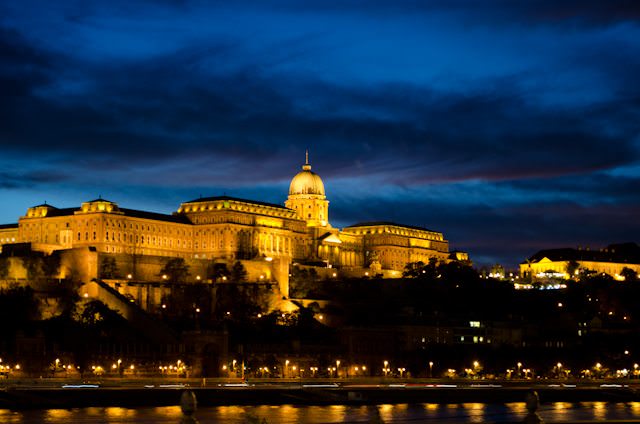 Regardless I love everything about Budapest. I love the way people dress, the way they talk, the way they interact with each other. Budapest is, if nothing else, a city that has left its mark on history — and one that has had history leave its mark on the city. The pain of the Second World War and the fear and uncertainty generated by the subsequent Soviet occupation can still be felt. 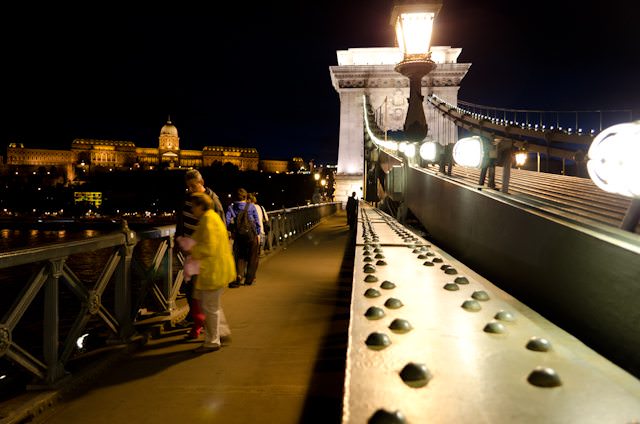 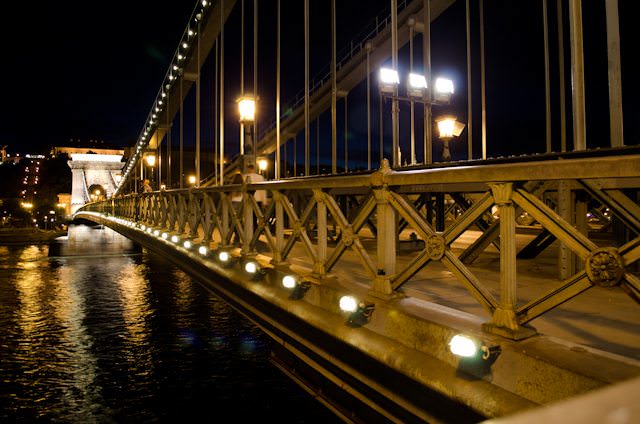 When I first came here in December, I felt like I could have used a week in Budapest. Today, I still feel that way. Despite the fact I am returning in December for two days, I still feel like I need a week to even begin to appreciate all that Budapest has to offer. At night, I think it rivals many European cities in terms of raw, unmatched beauty. And how could it not? Few cities are book-ended on either side by a river and joined by ten bridges spanning the Danube. 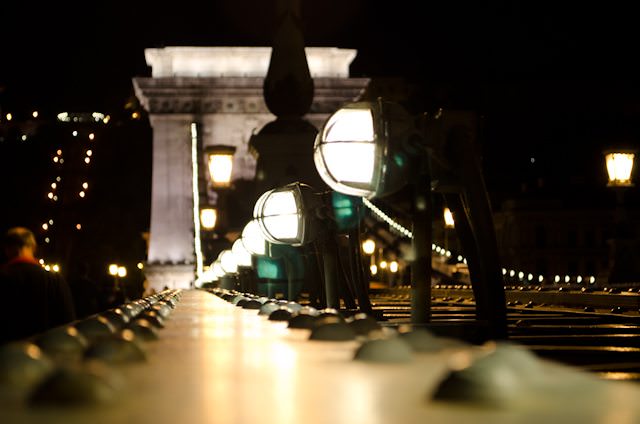 There is no limit to what you can do in Budapest — or how many times you can return to fully appreciate this stunning Hungarian city.