Rostock, Germany-based A-Rosa has been specializing in river cruises along Europe’s Rhine, Danube, and Rhone/Saone rivers for the past 12 years. Primarily catering to the German-speaking market, A-Rosa has built up a well-deserved reputation for its diverse cross-section of itineraries and its well-appointed river cruise vessels, each of which can be easily distinguished by their unique hull artwork. 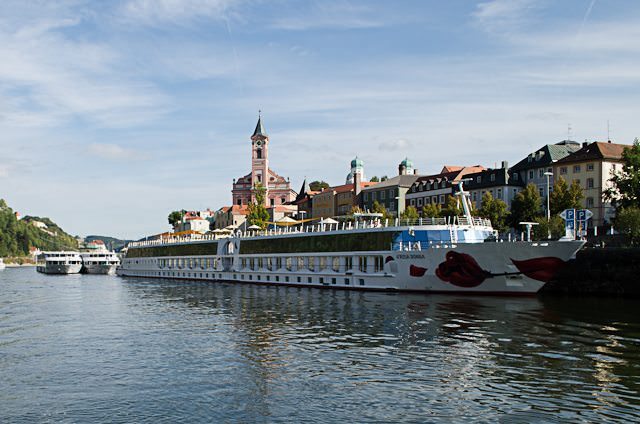 While you didn’t have to speak German to book an A-Rosa cruise, it certainly didn’t hurt. Though accessible to English-speaking river cruisers, voyages tended to be predominantly German in nature. But that’s all about to change next year as the company promotes a series of voyages marketed solely to North Americans.

Thirteen voyages will be featured, with plans to double that number in 2014. A-ROSA has tapped David Morris International to market and sell these voyages, which will sail the Rhone, Moselle and Main in addition to the Danube.

A-ROSA will also offer several Christmas Market sailings next year that sport touring options in Amsterdam, Vienna, and the gorgeous town of Heidelberg.

Sailing aboard three of A-ROSA’s newest vessels — the A-ROSA STELLA, A-ROSA AQUA and A-ROSA SILVA, additional features and amenities will be introduced to better cater to American and Canadian clientele. In Germany, A-ROSA’s product is immensely popular for offering additional services at an additional charge, much like larger German cruise ship line AIDA. Many of these extra-surcharge items will be rolled into a single cruise fare for North American clients.

While North American fares haven’t yet been announced, the line and David Morris International says fares will be “along the lines” of those currently marketed in North America.