River cruise ships calling on Linz, Austria typically offer passengers the choice of setting out on an optional excursion to a nearby town.  Most common is a day-trip to Salzburg, Austria, the town made famous for its association with Mozart and the movie, The Sound of Music. 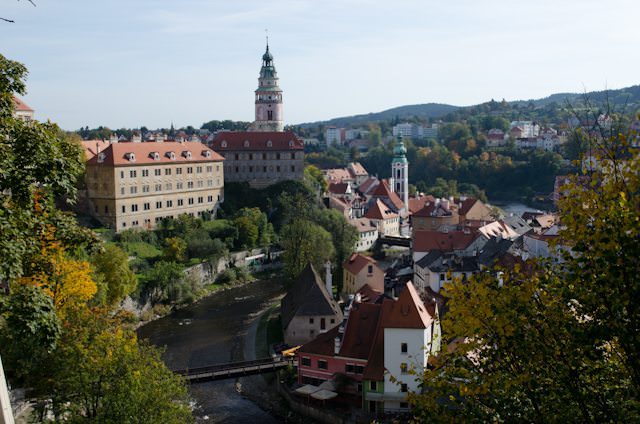 But cruisers can usually elect to take another tour: a day-long visit to the beautiful UNESCO World Heritage site of Cesky Krumlov, a small town situated in the Czech Republic.

The town itself lies within the shadow of Cesky Krumlov Castle, an imposing structure that was constructed in 1240 and passed down through a long line of Rosenbergs, Eggenbergs, and Schwarzenbergs before becoming part of the UNESCO register in 1992. 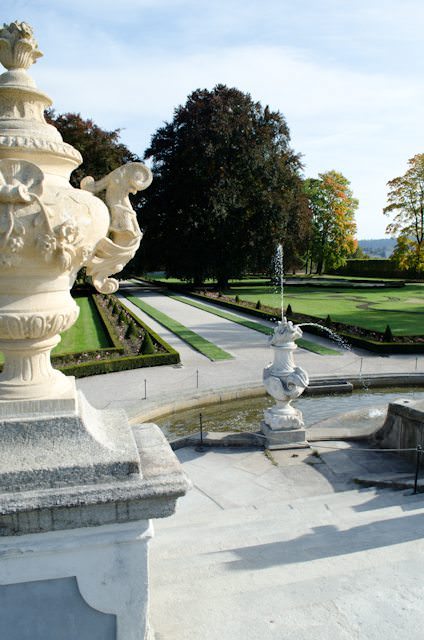 A visit to the Castle is a must on any visit to Cesky Krumlov, as most of the furniture and furnishings contained within the castle still exist in their original form and aren’t reproductions like so many other former palaces and castles.  It also helps that while the Castle was occupied by Nazi German forces during the Second World War, they saw it as their duty to protect the Castle and the town. 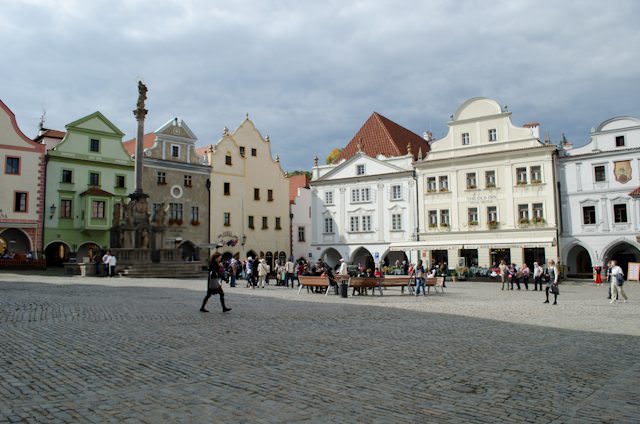 Cesky Krumlov’s historic town square is like a wheel, with spokes of fascinating, narrow streets leading in every direction! Photo © 2012 Aaron Saunders

Subsequently, the invading Russian forces saw little use for Cesky Krumlov, and the town managed to escape the demolition and “modernization” that affected many cities under Communist rule following the Second World War.  Because of this, the town remained virtually unaltered until the Velvet Revolution, when the town’s first non-Communist Mayor embarked on a massive restoration campaign designed to turn the town into a centre for tourism in the Czech Republic. 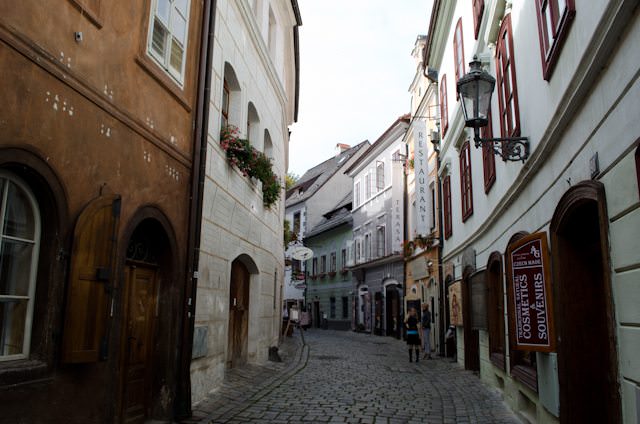 It worked. Today, Cesky Krumlov is a vibrant, thriving town that offers plenty of old-world charm coupled with all the expected amenities that make up a great tourist destination.

One absolute must when in Cesky Krumlov (or anywhere in the Czech Republic) is to sample the local cuisine. Typical Czech cuisine tends to be hearty, full of meats, potatoes and vegetables. 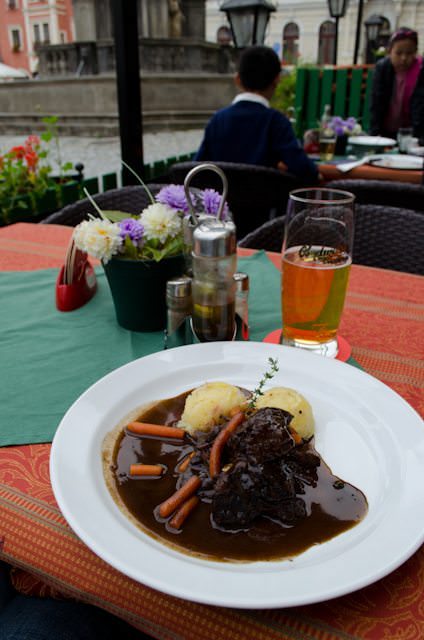 When visiting Cesky Krumlov, be sure to indulge in some traditional Czech cuisine. Photo © 2012 Aaron Saunders

Czech beer is also a must. You may notice throughout Cesky Krumlov that the name “Budweiser” comes up a lot on the menu; this is markedly different than the product of the same name that is marketed in North America. This stems from the fact that Adolphus Busch named his North American beer “Budweiser” in homage to the beer produced in Bohemia, or present-day Czech Republic. Today, the trademark war between the Budweiser produced in the United States, and the traditional one produced in the Czech Republic continues. 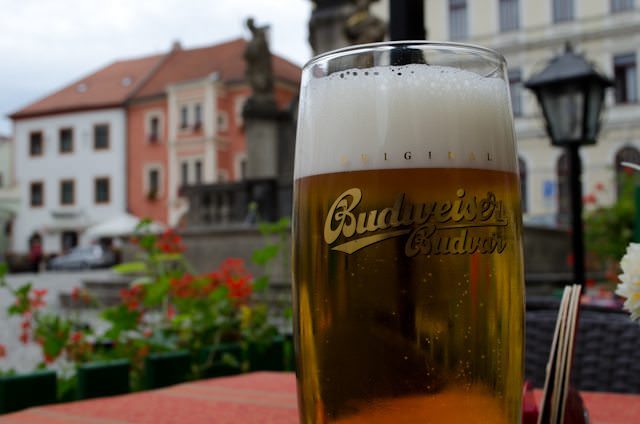 Since the Czech Republic doesn’t use the Euro, it is worth noting that some exchange bureaus tend to offer a rather predatory rate of exchange between the two currencies.  It’s also worth noting that while some shops take Euros, many do not.  Some shops also do not accept credit cards, so it always pays to ask before you order food or make a purchase.  Your best bet is to use a ATM (located at or within a financial institution) to withdraw some Czech Koruna (CZK). 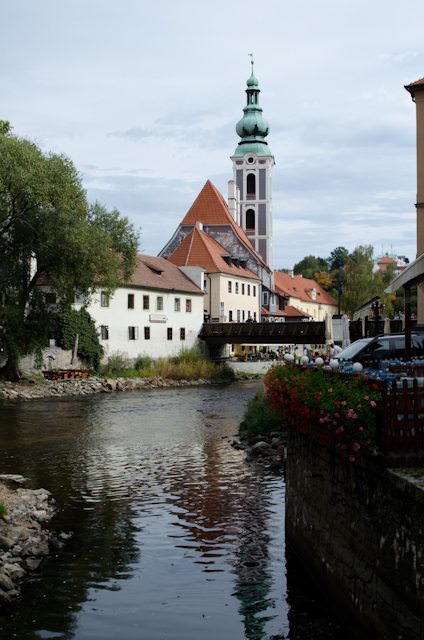 Step back in time with a visit to Cesky Krumlov. Photo © 2012 Aaron Saunders

But regardless of how you spend your time here, a visit to Cesky Krumlov is well worth your time – and an excellent alternative to the Sound of Music!