With river cruising expanding its scope from Europe to Asia, Egypt, Russia and even North America, the opportunities to experience some of the most magnificent destinations the world has to offer by river cruise ship have never been better. But that depth and scope also translates into plenty of flights and hotel stays for frequent cruisers, which brings us to an extremely important, yet often-overlooked aspect of travel: frequent guest programs. 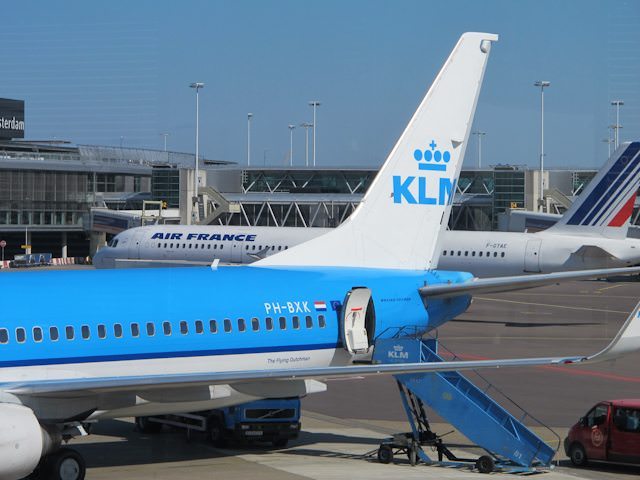 Frequent-flier programs can save you time and money. Although both KLM and Air France jets are featured in this photo taken at Amsterdam’s Schiphol Airport, did you know you only need to be a member of one to collect points on the other? Photo © Aaron Saunders

Every time you fly, or stay in a hotel, you have the opportunity to collect points. Usually, hotels and airlines want you to be a member of their own specific program. But do you have to, and is it worth it? Many people assume – incorrectly – that because they only travel a handful of times per year, that it simply isn’t worth it.

Take a look at the average river cruise: North American travelers heading to European cities, will usually fly one or more flights just to get there, and another few flights to return home. That means a total of four to six flights per cruise!

Most river cruises are also bookended with hotel stays; typically, that may involve two hotel stays per trip.

Frequent flier programs are something that every traveler should join, regardless of how often you fly. The programs offer the ability to collect points, based on how far you fly, that can be redeemed for car rentals, hotels stays and yes, even flights.

There are three major airline alliances: Star Alliance, Oneworld, and Skyteam. But you don’t need to register with every single airline you fly on in order to reap the benefits; just register with the ones you fly the most.

For example, I’m a member of Air Canada’s Aeroplan program; KLM’s Flying Blue, and British Airway’s Executive Club, simply because I fly with them the most. Air Canada is part of Star Alliance; KLM is part of Skyteam, and British Airways is part of Oneworld. By registering with one airline per network, I can still collect points when I fly on nearly any other airline in the world.

If you travel for business, try to work all your flights around the alliance network you fly most; you’d be surprised how quickly these rack up. Not only can you get free flights, but in many cases frequent fliers can obtain increased free luggage allowances, access to airline lounges, and even standby upgrades to first or business class. And those can be worth their weight in gold — well, almost. 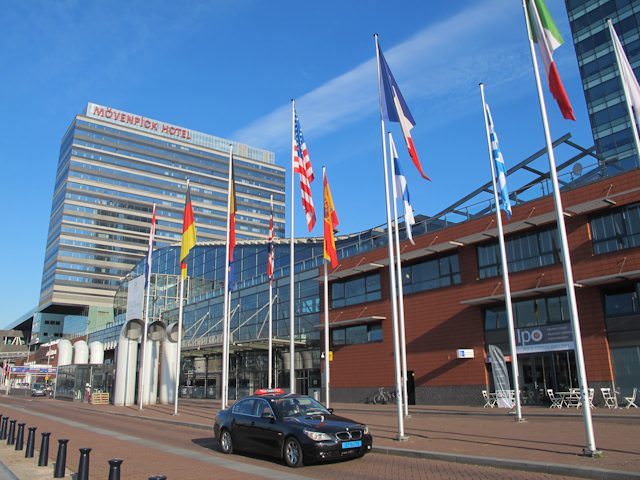 Even your pre-river-cruise hotel stay can be used to collect points that do add up over time! Photo © 2012 Aaron Saunders

Hotels aren’t left out. As with airline programs, you don’t have to carry around a wallet full of loyalty cards to reap the benefits. Take Marriott Rewards: You can earn points at 13 different hotel brands with one card. Ditto for Radisson Blu, which will even let you earn frequent-flier miles every time you stay.

Sometimes, free frequent hotel guest memberships can offer you some significant perks, like Fairmont’s Presidents Club, which gives cardholders free internet access throughout their stay, saving them money, or Hilton, which can include free breakfast and internet for its Hhonors members.

One good resource for keeping track of your points and travel plans is Trip It, which can be used on the web or as an app. We also enjoy the points strategy doled out by The Points Guy.

So the next time you prepare to set out on a river cruise, think about what you could be earning before and after your trip. After all, all those flights and hotel stays add up, making it even easier for you to return to the waterways of the world sooner than you may think.