You are here: Home / Destinations / Europe / Netherlands / Amsterdam / A Day of Exploration in Amsterdam

Back in March, I travelled to the Dutch city of Amsterdam to witness the christening of Viking River Cruises’ brand-new Viking Longships. And while my schedule was fairly intensive during this short two-day trip to Europe, I still managed to find time to spend an enjoyable Wednesday morning exploring this beautiful, forward-thinking city. 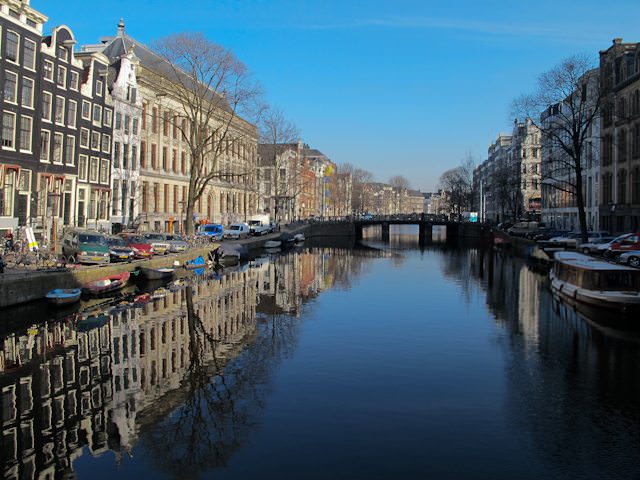 Amsterdam is home to many things, including the impressive Rijksmuseum, Anne Frank’s house, and more beautiful canals and stone buildings than you can shake a stick at. Amsterdam is also famous for its tolerant way of life, with a “red light” district that spans several blocks. Rather than being the seedy den of debauchery that most North Americans might perceive it to be, Amsterdam’s red light district is a vibrant area that attracts both tourists and locals alike, and simply has to be seen. 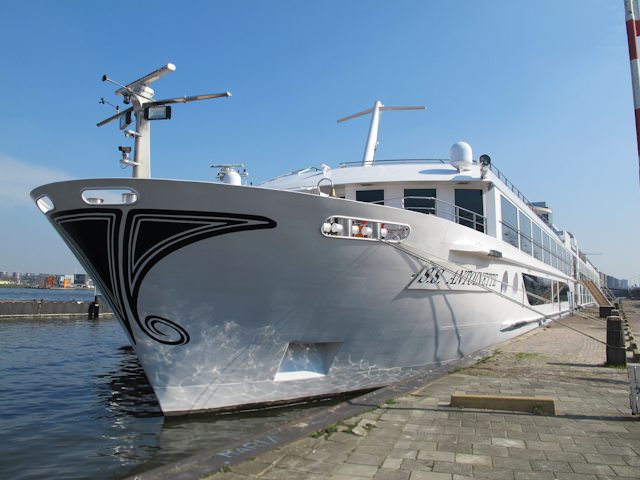 Although I was there on official river cruise business, Amsterdam is also an increasingly popular port of call and turnaround port for deep-ocean cruise ships. A look at the Port of Amsterdam’s cruise ship schedule for this year shows things are looking very good indeed for the capital of the Netherlands.

Here is a look at how I spent a glorious springtime Wednesday Morning in Amsterdam; we’re headed back there in December for another short stay before continuing on to Budapest and the magnificent Danube. 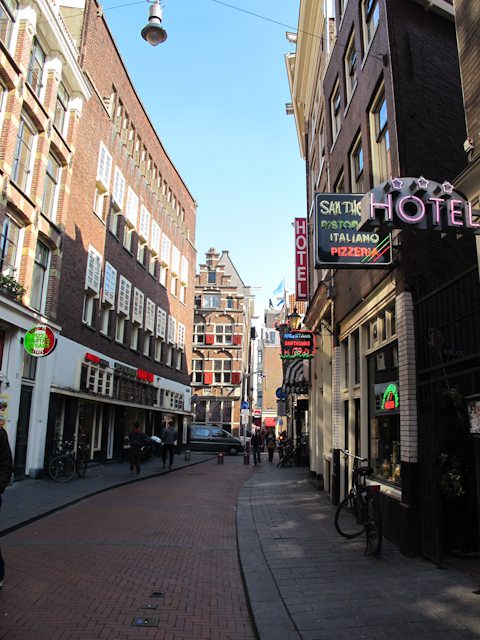 Streets narrow as you approach the red light district, situated in one of the oldest areas of Amsterdam. Photo © 2012 Aaron Saunders 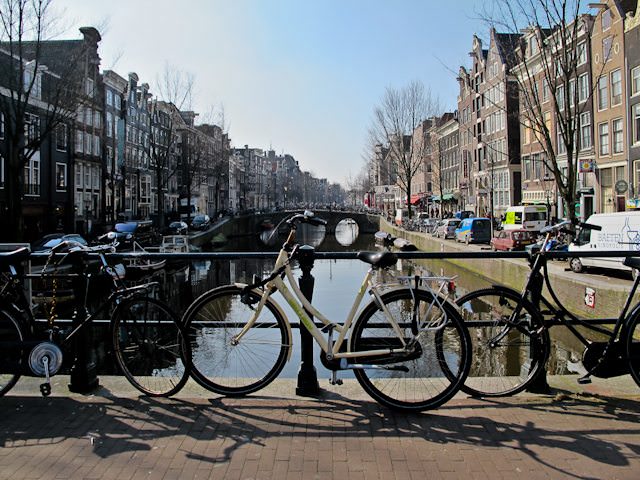 One of the most convenient ways to get around in Amsterdam. Photo © 2012 Aaron Saunders 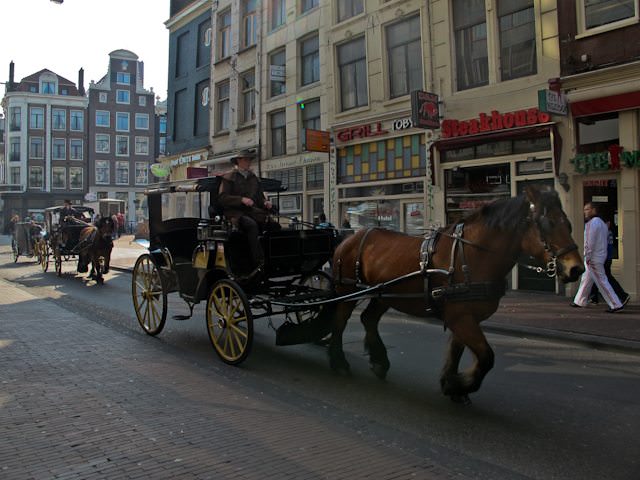 Take away the modern signage in the background, and things would look remarkably like they did a century ago. Photo © 2012 Aaron Saunders 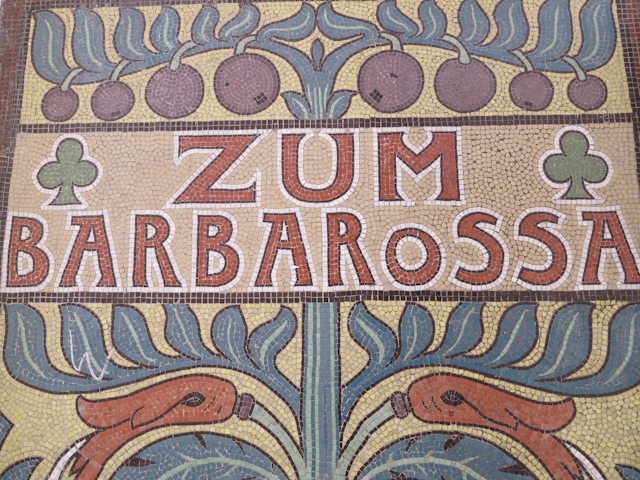 Mosaic tile on the side of a building in Amsterdam. Photo © 2012 Aaron Saunders 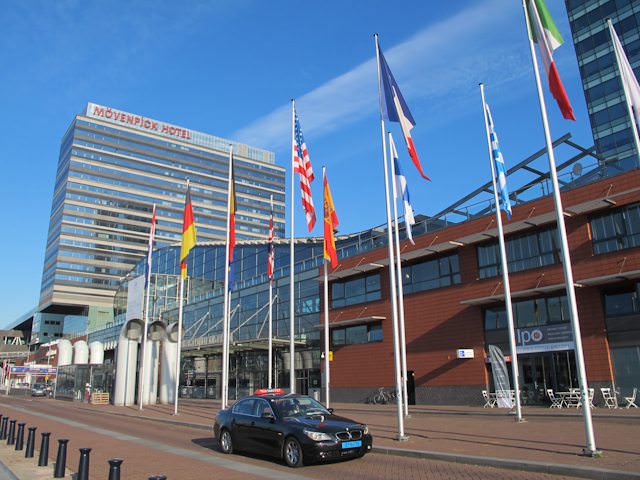 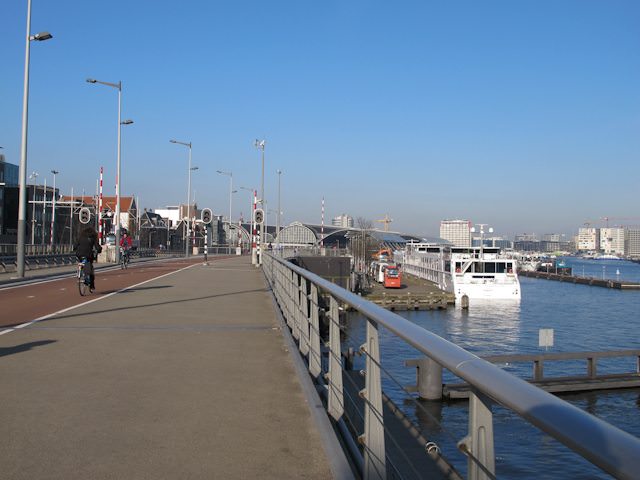 If only every Wednesday could be spent this way!