Recently, there has been an astonishing number of brand-new river cruise ships that have entered or will be entering service on the waterways of Europe, and even more ships that are being upgraded, refurbished, retro-fitted, or just plain-old “spruced-up” both this year and next. 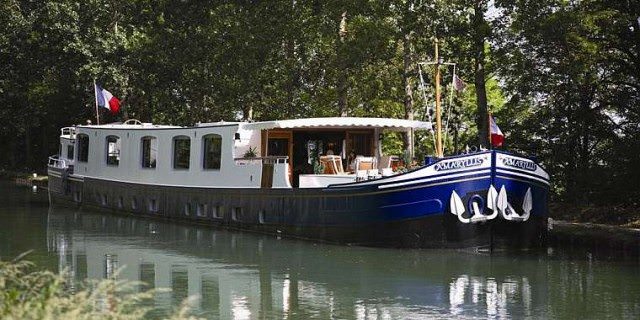 But barging fans aren’t left out of the action; European Waterways, one of the leading barge cruising operators in Europe, has committed nearly half a million dollars to enhancing its fleet by the end of this year.

To start, all European Waterways barges now come equipped with bicycles, and a few even boast tandem bikes. New telescopes – perfect for star-gazing – were added to most barges, and Wi-Fi is now available throughout much of the fleet.

Each barge was put through a thorough and extensive cleaning and refurbishment process that saw mechanical systems checked and overhauled, along with the replacement of soft furnishings, flooring, and other amenities.

Because each barge is totally unique, upgrades and enhancements were performed as needed, with some receiving new galleys, ventilation and technical spaces while others focused more heavily on soft furnishings in both public areas and passenger accommodations.

It’s great news for fans of barging and European Waterways, and an excellent sign that barging remains as popular as ever.