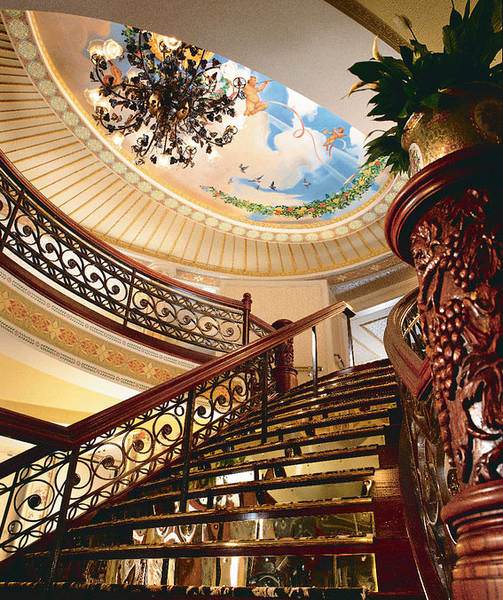 Built in 1995 and extensively refitted before entering service with AQSC earlier this year, the American Queen is a one-of-a-kind ship that will have you imagining the days of Mark Twain in no time. What’s more, the line offers voyages ranging between three and 11 nights – all of which include most shore excursions, a one-night luxury hotel stay pre- or post-cruise, complimentary bottled water and soft drinks, and complimentary wines and beers with dinner.

It’s all the comfort and exclusivity of a European river cruise, transported to the mighty Mississippi.

While the line boasts sailings right up until December (and a recently announced program of extensive 2013 sailings), American Queen’s Fall Foliage voyage caught our eye.

Departing September 27, 2012, this nine-day itinerary starts with an overnight stay in St. Louis, founded in 1764. The next day, it’s ‘All aboard!’ for as you board the American Queen and set sail down the Mississippi at 7:30 that evening.

One of the greatest strengths of this itinerary is that it includes two days of ‘steamoating,’ sailing down the mighty Mississippi. With a full day to explore the American Queen, relax and revel in all she has to offer. 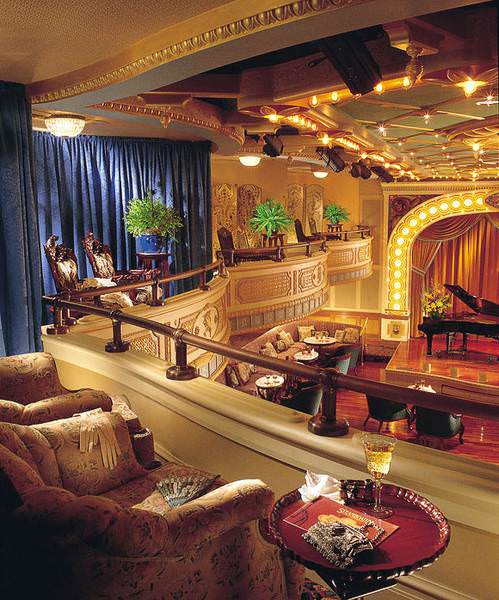 The next day, passengers can disembark in Hannibal, Missouri – home of Samuel Clemens, better known to the world as Mark Twain. Here, a complimentary tour to the famous author’s boyhood home is included, along with visits to the Becky Thatcher House, the Justice of Peace courtroom, and the fantastic Big River Train museum.

Alternately, guests can choose to participate in two optional “Premium Choice” tours: a visit to the cave frequented by Twain and featured prominently in The Adventures of Tom Sawyer for a reasonable $13 per person; or an excursion to Ayers Pottery Shop to create your very own work of art for $69 per person.

The next day, relax aboard the American Queen as she plies her way along the Mississippi, and admire the fall colors in all their splendor.

In Dubuque, Iowa, guests can board the Hop-On-Hop-Off coach for a tour of Dubuque’s Museum of Art along with the Grand Opera House, the oldest and most revered of Dubuque’s 16 theaters. At Shot Tower, learn how this structure produced nearly two-thirds of all lead shot used during the Civil War.

Alternately, take part in a tour of nearby Galena, nestled in the rolling hills of Illinois or indulge in an afternoon of toys, baseball and apple pie on a four-hour Americana tour.

In La Crosse, Wisconsin, explore this stunning Victorian town on the included tour that visits the 1850’s Nixon House, the Chapels of St. Rose and the Riverside Museum and Riverside Friendship Garden. Optionally, discover La Crosse’s Scandinavian heritage with the Taste of Norway in Wisconsin tour.

On the last day of your river cruise adventure, it’s off to Red Wing, Minnesota for a tour of this city known for its numerous shops focusing on art, pottery, antiques and linseed oil.

Full of history, fall colors and fascinating tours, this is a river cruise of a different sort – one that’s sure to capture your imagination.