You are here: Home / Cruise Companies / AmaWaterways / The Mekong, For Families

In 2010, the intrepid Ralph Grizzle sailed aboard AmaWaterways La Marguerite. Along the way, he experienced first-hand the awesome power and beauty of Vietnam and Cambodia, and some of the most renowned – and deeply mysterious – sights this historic region has to offer.

What’s more, he also took his teenage daughter with him – and along the way, they met other families travelling with both kids and teenagers. Is the Mekong (and river cruising) fit for kids? As Ralph wrote in his original 2010 article, the answer is a resounding “yes!” 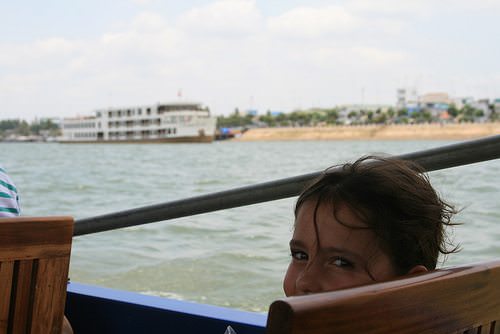 There’s been a great deal of interest from readers about whether the Mekong is a good cruise for kids. The short answer is yes. Take them and venture forth! For more explanation, read on. 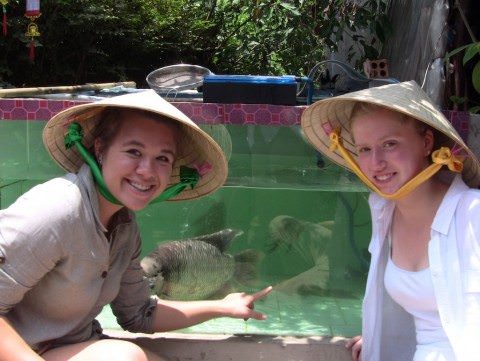 There were four kids on our April 2010 cruise, ranging in age from 5 to 17. For the teens, there’s no question that the cruise was a wonderful and age-appropriate experience. Isabel Karst, 17 years old and daughter of AMAWATERWAYS’ vice president of sales, called it one of the best trips of her life. Yes, Isabel is young, but she’s well-traveled, having been to Europe countless times with her mother on river cruises.

My daughter, Britton, age 14, told me during the trip: “I don’t think it matters what age you are. I’m getting the same thing out of it that an adult would.” That’s true. In fact, she may have absorbed more than I did. Certainly, her journal tells me that the cruise was a valuable experience for her. 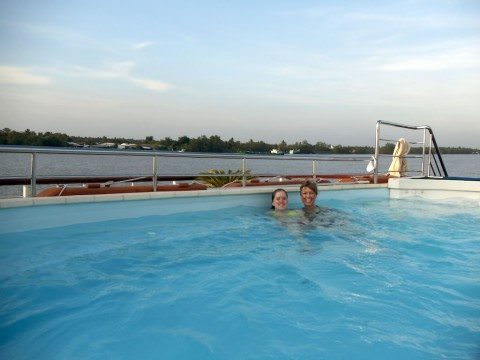 La Marguerite even features a pool

On one level, our Mekong cruise was a vacation (La Marguerite was like a luxury hotel, with a pool), but on another level, the trip provided historical and cultural enrichment, a broader understanding of the world we share with others, and yes, the beginning of something transformational for my daughter – to that of a world citizen. 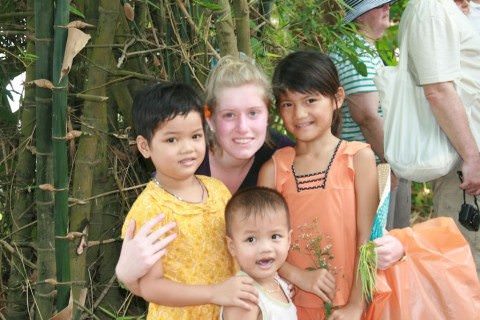 My daughter developed a better understanding of another culture.

Part of the reason that the cruise was so successful for kids was because of the way the program was structured. There were one or two tours each day. The morning tours started at 8:30 a.m., and the afternoon tours started at around 2 p.m. The tours were just the right length for a kid’s and adult’s attention span, typically two- to three-hours and with enough activity to keep the kids interested and amused.

On most tours, we traveled like the locals, by boat (ours was a private boat), which was a great way to get around and also good for the kids, much better than being stuck on a bus. 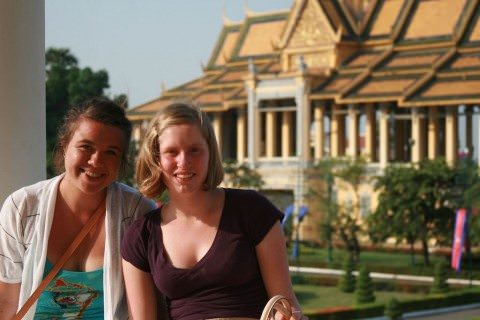 Isabel and Britton at Cambodia’s Royal Palace in Phnom Penh

We were always back on La Marguerite for lunch. On some days, there was a second tour, and on other days, we cruised. On those days, there were presentations, some kid-friendly, like the towel-folding demonstration, where staff taught kids and adults how to fold towels to resemble animals.

Regarding food: Kids can be finicky eaters, and while there were no kids’ menus on La Marguerite, there was a good selection of kid-friendly food, including cheeses and fresh fruits. The breakfast and lunch buffet was a mix of Asian and Western foods, but we could also order hamburgers and other “comfort foods” from the menu. I should point out that there were no stomach illnesses that I know of from the food. Vegetables (the main concern for illnesses) were washed with treated water.

For kids and adults, La Marguerite features an expansive DVD collection, with kid-friendly videos, and the largest flat-panel, in-stateroom televisions I’ve ever seen on a ship. 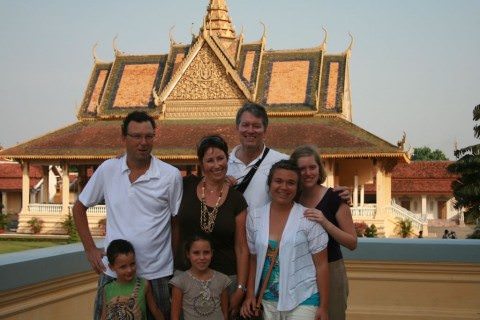 What about the younger Dutch kids, ages 5 and 7? I asked their mother Christine if she thought her kids were too young to appreciate the experience. She responded that the trip was “very important for their development,” adding that “they now understand more about the world and about different cultures and religions.” 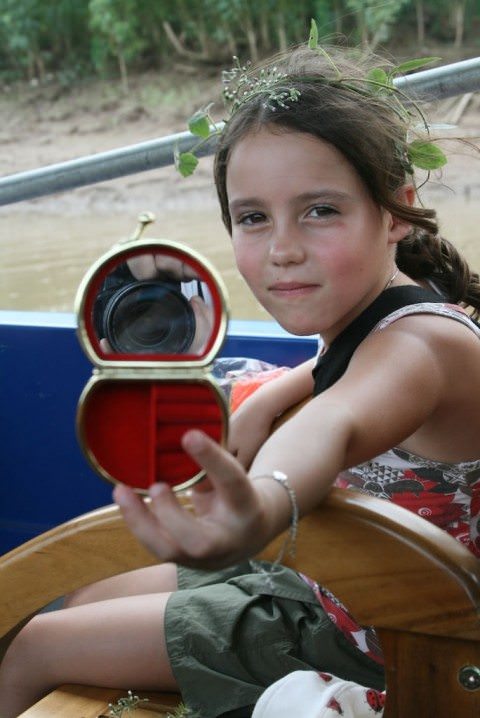 Izzy was sometimes reflective on our trip.

Later, Izzy came to her and asked how long it took for prayers to come true. Depends on what you’re praying for, Christine responded. Izzy had prayed for all poor people to become rich so that there would be no hardship. She added thoughtfully, “But I think that will take more than a couple of days to happen.”

There is another component to the trip for families, and that is the bonding that takes place. “In our normal lives, we are so busy with work that we often take family for granted,” Christine said, echoing my own thoughts. “On this trip, we have spent so much time together and had so many experiences. For the bonding of our family, it’s been very good.” 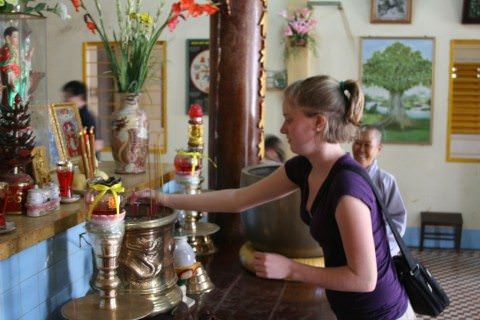 The kids learned more about prayer and ritual and the world we live in.

More information on AmaWaterways and La Marguerite can be found on our detailed AmaWaterways company and fleet overview.