You are here: Home / Lifestyle / Finding Your River Cruise Ship, Not Always Easy

Unlike large deep-ocean cruise ships that can sometimes be seen for up to a mile or more away and tower above the skyline, river cruise ships are much more subtle in their appearance. It also means they’re vastly more mobile, capable of changing berths with other ships as required to keep port operations in a given city moving smoothly. 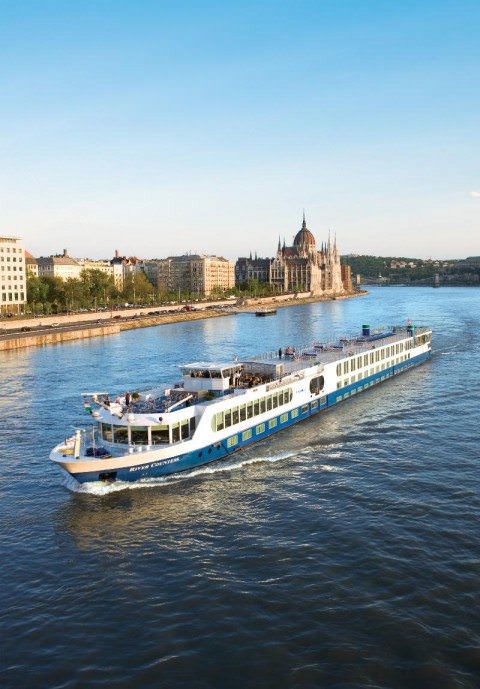 Unfortunately, that versatility can occasionally be a problem, particularly if your ship has had to relocate its berth due to operational requirements.

You could find yourself standing on an empty pier. 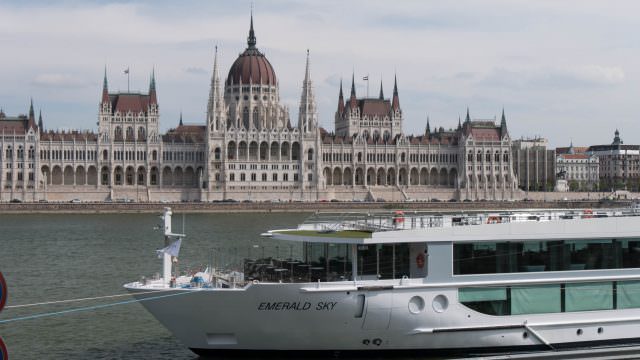 Emerald Sky docked across from the Parliament building in Budapest. © 2016 Ralph Grizzle

So how can you ensure you get to your ship with a minimum amount of stress? As always, there’s more than one way to reach the ship on embarkation day.

By far the easiest and simplest way to ensure you find your ship is to purchase transfers from the river cruise line to and from the airport. Sometimes these can be private vans holding just a few passengers, or coaches that are there to pick up any number of passengers who are also destined for your ship.

Airport transfers can also be extremely cost-effective when transiting to ports that are located a considerable distance from the airport. For example, many cruises embark and disembark in the quaint German town of Regensburg, but the nearest international airport is in Munich – nearly 90 minutes away. Unless you’re travelling as a group and can split the cost of a lengthy taxi ride, the peace of mind these transfers offer can be priceless.

On the other hand, if you know your way around the country you’re travelling to, you might opt to simply make your own way from the airport to the pier. But this can have some unexpected pitfalls, particularly in locations like Vienna, Austria and Nuremberg, Germany. 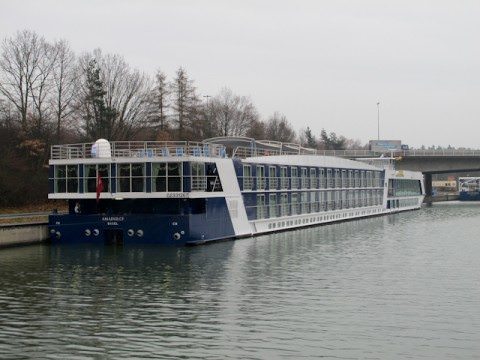 Unless you’ve been before, the nondescript docking location for river cruise ships in Nuremberg can be tricky to find. Photo © 2011 Aaron Saunders

In Nuremberg, the river cruise docks are located beyond the historic city center and are accessible only by a nondescript overpass exit. If you know where you are going, they’re easy to find – but many readers have said that even the city’s own cabbies have difficulty locating the docks if they don’t routinely take passengers there.

If you do intend to make your own way to your ship, your pre-cruise documents usually list the anticipated docking location of the ship, along with a contact phone number to call. This is crucial information ever river cruiser should take with them.

Sometimes, operational constraints may force local authorities to move a ship from one berth to the next. Other times, a cruise line may be able to secure more desirable berthing at the last minute, necessitating a change. In many cities, this simply means walking a little further down the designated pier to find your ship. Vienna, on the other hand, has a myriad of berthing options, some of which can be located up to a 10 or even 15-minute drive from each other – a tricky prospect if your taxi has already left you. 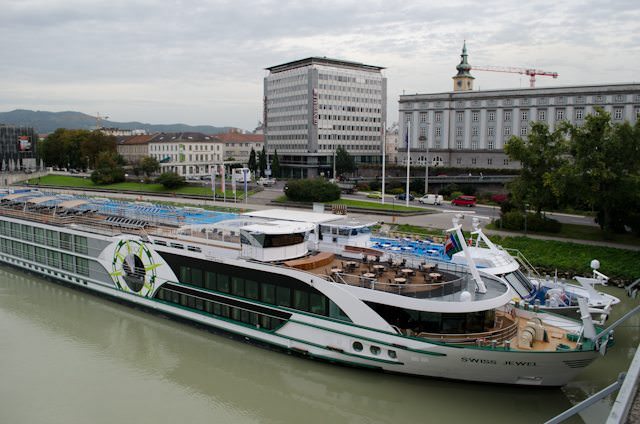 In some ports, berthing congestion can require ships to tie up abreast of each other, meaning it’s possible you may not see your ship at first. You may actually have to board and cross through another ship (even one belonging to a different line!), though this is more common on port calls than embarkation days.

Finally, when you do arrive at your expected berthing location, make sure the ship you’re looking at is actually your ship. Sister-ships can be absolutely identical from the outside, and a quick check of the ship’s name (visible on the bow and above the gangways) can ensure that you are indeed where you are supposed to be.