You are here: Home / Cruise Companies / AMAWATERWAYS / Amalyra / How To Enjoy Nights On The River

One of the greatest moments aboard any river cruise is surely nighttime. With a satisfying day ashore behind them, guests can look forward to an evening of entertainment, conversation and fine food aboard their luxurious river cruise ship as it slowly makes its way toward the next port of call.

I’ve always been a fan of evenings aboard deep-ocean cruise ships, but night on the waterways of Europe always seems extra special. Why? Because nights on a river cruise ship are comprised of sights and sounds that just aren’t found out in the middle of the ocean. 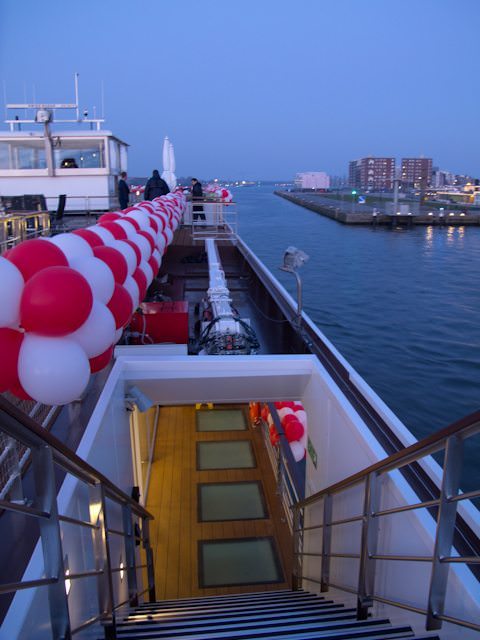 Nights on the river are different from evenings at sea. Notice the proximity of Viking Odin to land. Photo © 2012 Aaron Saunders

The first thing you’re likely to notice is your proximity to land; at night, the headlights of a few lone cars illuminate country backroads, weaving and turning along with your river cruise ship and eventually passing it.  Smoke billows out of the chimneys of houses perched along the banks of the rivers, their occupants settling in for the night. Lights blaze brightly from homes, just visible from beyond the dark river and banks. 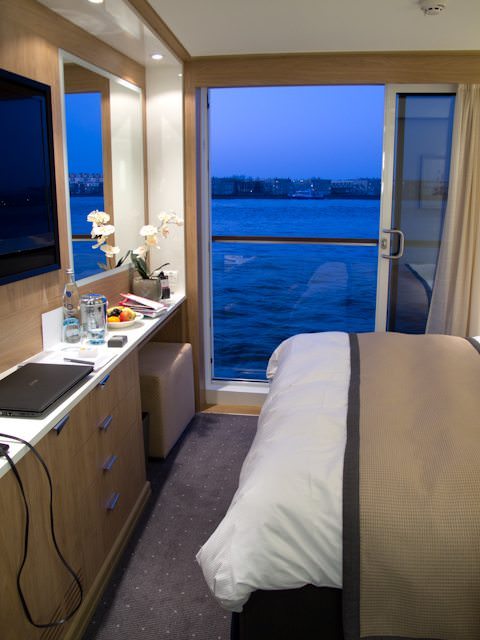 Then there’s the sounds: the sounds of cars driving along highways in the distance, the sounds of dogs barking, people laughing, and birds and animals out in the evening. You might pass under a bridge where a night train speeds into the darkness, the roar of its engine masked by the increasing clack-clack!-clack-clack! of the carriages passing overhead.

This ever-changing soundscape is present during the day, but remains somewhat amplified once darkness falls. As you sail along, the gentle rhythmic sound of your ship as it glides across the water becomes less noticeable, replaced perhaps with the loud puttering of an oncoming cargo barge.

At some point in your journey, you’ll no doubt pass close to another river cruise ship – close enough to see people standing behind brightly illuminated windows, looking back at you. Maybe they wave briefly before disappearing into the darkness.

Out on the ocean, you’re typically alone, with ships passing a mile or more from your position. The only sounds you hear are that of your ship and the ocean, punctuated perhaps by the lonely wail of the fog horn.

River cruising, on the other hand, transports you along the busy channels that connect Europe, active during the day and magical at night.

View our AmaWaterways AmaLyra Live Voyage Report for a firsthand look at what day-to-day river cruising is all about!