You are here: Home / Destinations / Russia / The Emergence of Modern River Cruising: The Viking Age

By the mid 1990s, river cruising as we know it today was slowly beginning to establish itself, though its eventual popularity was far from instant. 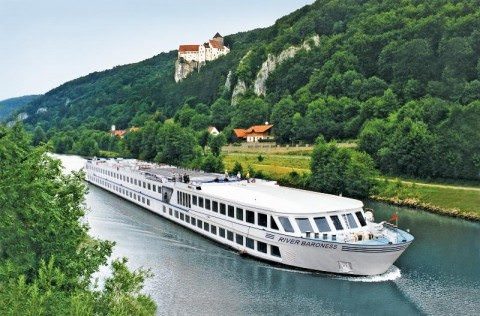 Uniworld’s River Baroness was one of the earliest newbuilds in the river cruise industry. Heavily refitted, she now offers a premium experience. Photo courtesy of Uniworld River Cruises.

By the summer of 1993, there were a number of new, purpose-built river cruise ships plying the waterways of Europe, yet the success that initial pioneers like Uniworld craved would remain elusive for another decade.

Although shiny and new, many of the river cruise ships built in the early 1990s drew heavily on their predecessors for influence. The result were ships that offered passengers newer hardware, but made absolutely no attempt to lure guests from ocean cruising to river cruising. The ships themselves were generally low and squat, with characteristically narrow staterooms that in many cases didn’t even allow for Queen-sized beds, let alone French balconies.

Culinary options at the time were severely limiting and often not as good as you would find ashore. Little thought was given to providing any kind of variety in meals served on board, and honoring special requests for dietary considerations was often difficult, if not impossible, to fulfill. Staterooms often came with basic or even no toiletries, and service was kept to a minimum.

In many respects, these early river cruise ships simply took the no-frills barging experience and placed it on a newer ship capable of holding more paying passengers.

All of this began to change toward the latter half of the 1990s. Taking a cue from the ocean-cruising industry, many river cruise lines began drawing up plans for ambitious newbuilds that would not only increase their passenger capacities but also offer more space, amenities and services than ever before. 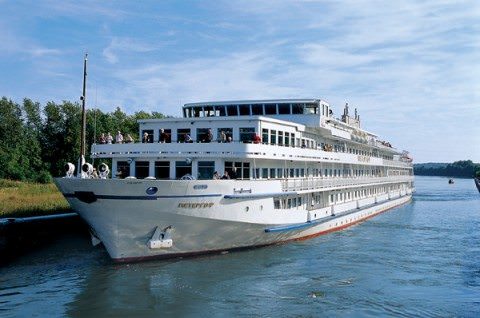 One of the men who was chiefly responsible for this uptick in growth was Torstein Hagen. No stranger to the world of cruising, Hagen had helmed Royal Viking Line during the 1980s, one of the most fondly-remembered cruise lines to ever ply the oceans. Hagen dreamed of bringing the kind of service and amenities that had earned Royal Viking a place in cruisers’ hearts to the waterways of Europe, launching Viking River Cruises in the process.

Ever mindful of the competition, Hagen decided Viking River Cruises would initially operate in Russia, using four Russian ships that Viking had purchased outright. It was to be a decision that would change the face of river cruising forever.

Viking River Cruises wasn’t quite an overnight success, but it certainly came close. Fans of deep-ocean cruising, attracted by Hagen’s history at Royal Viking, gave Viking River Cruises a chance. Much of the river cruise industry, even at the dawn of the internet age, was still extremely reliant on word-of-mouth, and tapping into this larger pool of recognition gave Hagen the leverage he needed to announce a series of newbuilds that would enter service in 2001.

In just a few short years, the river cruising industry was experiencing a veritable race to see who could churn out the most luxurious, amenity-laden ships possible. That brings us to another influential figure in river cruising, Rudi Schreiner. More on this remarkable Austrian entrepreneur in our next post.