There’s little doubt that Portugal’s unspoiled Douro River Valley is one of the hottest river cruise destinations. Famous for its port wines, this UNESCO World Heritage Site is one of the oldest demarcated wine regions in the world. Its remarkable natural beauty and rich cultural heritage have made it a favorite with river cruise passengers, and international media recognition in National Geographic Traveler as one of the World’s Great Places to visit has only cemented that reputation.

River cruises sailing Portugal’s Douro River Valley have exploded in popularity, leading Uniworld to operate a brand-new ship in the region for 2013. Photo courtesy of Uniworld.

It’s little wonder, then, that Uniworld Boutique Cruises has announced it will be introducing a brand-new ship on the Douro in 2013, the Queen Isabel, which will replace the existing Douro Spirit.

Built in conjunction with its partner Douro Azul, Queen Isabel will carry slightly less passengers than the Douro Spirit, creating the more intimate and exclusive onboard atmosphere Uniworld is known for. The ship’s 118 guest capacity will allow the line to offer more suite accommodations, including 18 junior suites measuring 215 square feet and two larger 323 square foot suites, all of which will feature full step-out balconies. 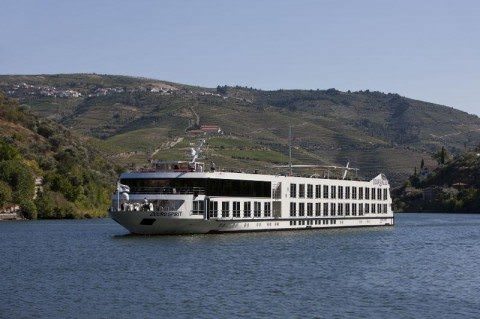 Uniworld’s Douro Spirit, above, will be replaced by the newer Queen Isabel in Portugal for the 2013 cruise season. Photo courtesy of Uniworld Boutique River Cruises

Queen Isabel will also offer interior décor designed to more closely resemble Uniworld’s European-based fleet, with classic old world-style elegance and charm in both the ship’s public areas and onboard accommodations. Each Uniworld ship is characterized by its unique onboard design and décor; a feature that bucks the trend of “cookie-cutter” ships that differ in name only.

Uniworld’s President Guy Young commented on the ship’s new interior design and historic namesake, stating: “While the Douro Spirit is a chic and modern ship, the Queen Isabel will have a design scheme more representative to our other ships with classic and traditional luxury. It’s only befitting such a splendid and regal destination is named after one of Portugal’s well-loved queens. I am quite confident the Queen Isabel will be very well received when she launches in spring of 2013.” 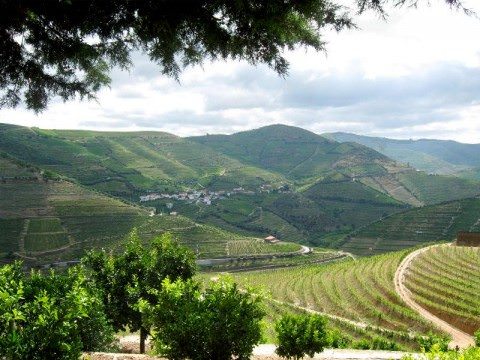 More information on Uniworld’s Douro River Valley offerings can be found by viewing our complete Uniworld Boutique Cruises profile right here on River Cruise Advisor. We’ll have a complete Queen Isabel profile coming up, but until then, be sure to read our Douro Spirit review.