It may be the Year of the Dragon, but we think 2012 may very well belong to the Vikings. It’s only January, yet you can feel the excitement in the air. In late March, Viking River Cruises will experience the single biggest event in its 15-year history: the simultaneous launch of four of its revolutionary new Viking Longships:Viking Freya, Viking Idun, Viking Njord and Viking Odin. They will be followed in July and August by two additional Longships: Viking Embla and Viking Aegir. 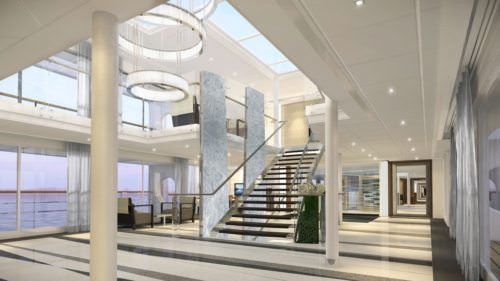 A rendering of the foyer and central staircase aboard the new Viking Longships, set to debut in March. Photo courtesy of Viking River Cruises

Representing an entirely new class of ship for the line, the Viking Longships aren’t just merely new; they are a revolution of the Viking River Cruises product and stand to advance not only the company’s standing as a major player in the industry, but challenge and elevate what is possible in terms of onboard design and amenities.

“Every year I am proud of our company’s milestones, but this is certainly a special anniversary in Viking’s history. Over the last 15 years, we have pioneered a new category in the cruise industry, and we have set the precedent for quality and excellence,” says Torstein Hagen, chairman and CEO of Viking River Cruises. “We have always been an ambitious company, and as we enter this new chapter, we are looking forward to a groundbreaking year that will set the course for innovation and expansion in years to come.” 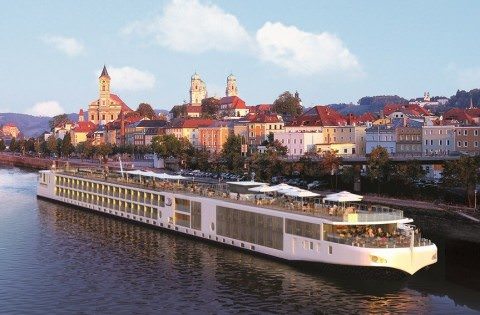 These new launches come as Viking celebrates its 15th year in business. Founded in 1997, the line was founded with little more than four Russian river cruise ships and a company name honoring the first Vikings to travel by Longship to explore Russia’s waterways. Today, the line owns and operates one of the largest fleets of river cruise ships. This year, Viking will also complete the ambitious refurbishment of its Russian-based fleet, bringing those vessels closer in line with the line’s European-based offerings.