You are here: Home / Cruise Companies / AmaWaterways / Amalyra / Live from the River: AmaLyra in Regensburg 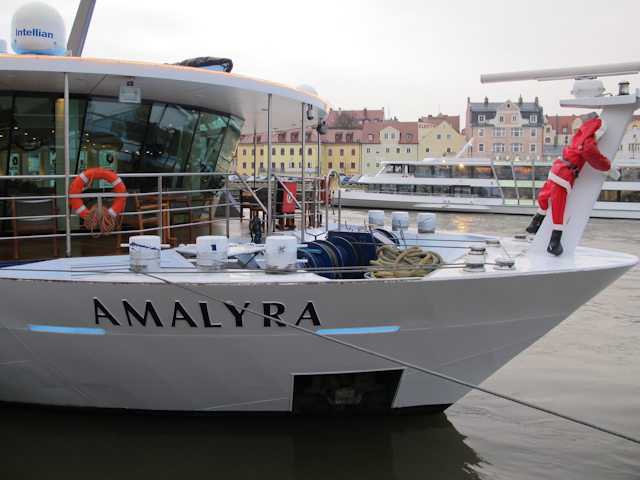 The bow of the AmaLyra and Regensburg in the background. Photo © 2011 Aaron Saunders

It wasn’t because the beds here onboard AmaWaterways’ AmaLyra aren’t comfortable; they’re amazing, with thick duvets, fluffy pillows and crisp, clean linens. Coupled with the quiet hum of the ship, it should be enough to give anyone a relaxing night’s rest. 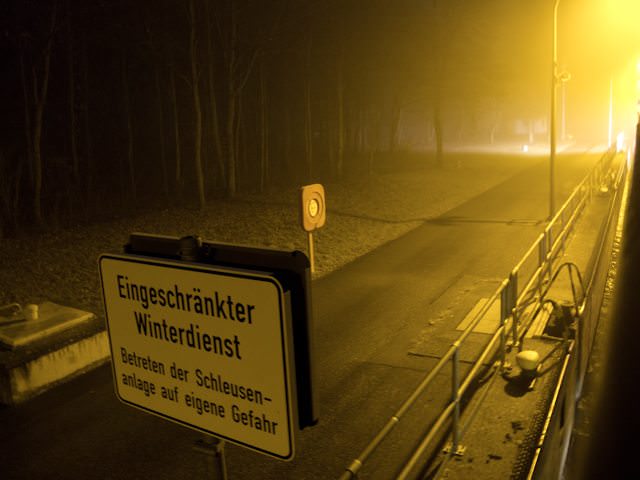 3AM: entering one of the many locks on our night journey to Regensburg. Photo © 2011 Aaron Saunders

Instead, I found myself wide awake at 3am, sitting in the darkness of my suite, bundled in the provided comfy robe and staring out the windows of my French balcony, watching as the AmaLyra glided slowly through the foggy night. 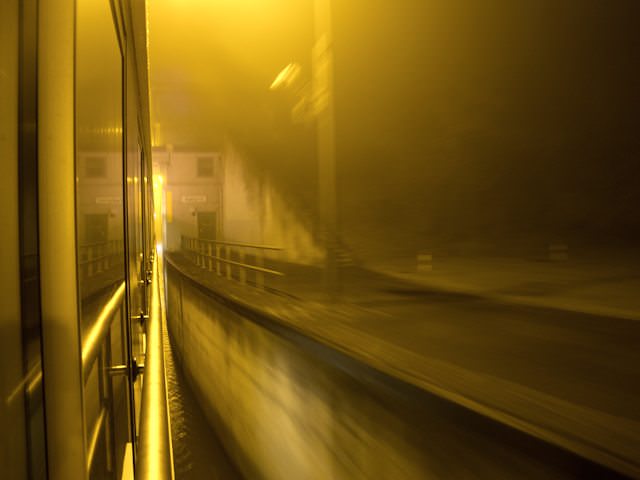 It turns out there’s a surprising amount to see during the wee hours. I sat there taking photos and munching on the last of the delicious shortbread cookies that were in my suite (and which Hotel Director Rebeka kindly replaced this morning!). The only thing missing was a little hot Gluhwein. I watched as we continued to enter lock after lock, raising us down a level each time after crossing the highest point of the Main-Danube Canal last night, known as the Continental Divide. We passed other river cruise ships and barges, some lit up with Christmas decorations, others with only a few running lights visible as they slipped into and out of the thick fog.

Read the full article here on our sister-site, From the Deck Chair!