Everyone knows about the Panama Canal that connects the Atlantic with the Pacific Ocean, but it’s likely you may not know about the engineering marvel that helped connect the Main (pronounced mine) with the Danube river, and in the process united a continent. 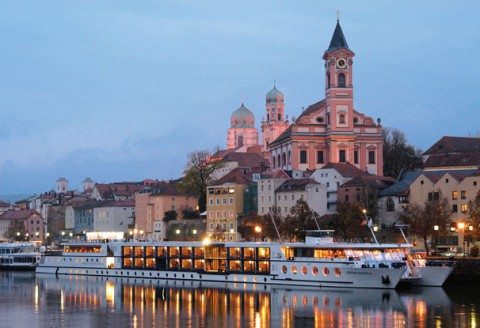 The Rhine-Main-Danube Canal runs between Bamburg to Kelheim via the historic city of Nuremberg, but it’s a surprisingly recent addition to the German landscape. Although an early version of the canal existed prior to World War II, heavy damage during the war years resulted in the route’s abandonment by the 1950’s. A decade later it became obvious that shipping would greatly benefit from a direct connection between the two rivers, and plans for the canal were born.

By the time the last section was completed in 1992, the canal had grown to span a distance of 171 kilometers (106 miles). But this journey is anything but a straight line between two rivers; the canal rises and falls with the surrounding landscape and because of the extreme height differences between the two rivers, a total of 16 locks had to be constructed to alternately lift and lower ships along their journey.

At their highest point along the Continental Divide, the river exists 406 meters above sea level. So while the Panama Canal may be more famous, lock-lovers will be in heaven with a near-full day (or night) of transiting these unique, remotely operated structures, some of which can hold two ships at a time, while others are so narrow as to only permit one ship at a time.

Here’s how it works: Your ship maneuvers into the lock and ties up alongside, to prevent it from moving. Enormous metal doors at either end of the lock slowly shut, and the water level in the lock is either increased or decreased in order to move the ship up or down along the river, which is essentially like a giant aquatic staircase that starts just prior to Nuremberg and ends roughly at Regensburg to the east. 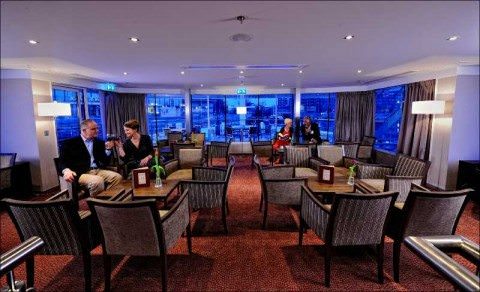 Stay up and enjoy the transit of the Main-Danube canal's many locks from the comfort of your stateroom or one of the ship's public rooms. Photo courtesy of Avalon Waterways

So what does all this mean for you as a river cruiser? The transit of the Main-Danube Canal is an event you don’t want to miss. Be sure to keep your camera close at hand, particularly when your ship transits the locks and even sails over a highway! If your transit occurs at night, light sleepers beware: The ship can sometimes bump heavily against the walls of the lock, and the increase and decrease in propulsion will likely be noticeable in the aftermost staterooms.

All the more reason to stay up on deck or in a public room and enjoy this remarkable feat of engineering!