For anyone who has taken a mainstream cruise before, the subject of tipping is a common one; after all, the wonderful service you’re treated to for an entire week or even longer deserves an equally suitable reward.  But where tipping on most deep-ocean cruising is straightforward (roughly $12 per person, per day on most lines), aboard a river cruise ship things are not always as black and white. 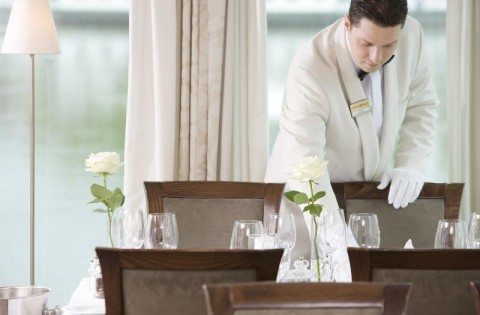 What should you expect to tip on a European river cruise? Read on! Photo courtesy of Uniworld Boutique River Cruises

The first thing to consider is that tipping for many European river cruises will be conducted in Euros (€), with the notable exception of Viking River Cruises, where guidelines are outlined in US dollars.

We took a look at AmaWaterways, Avalon Waterways, Uniworld Boutique River Cruises and Viking River Cruises to see what passengers can expect to tip while sailing the waterways of Europe.

Uniworld is the only line to require tips be doled out in cash only; the other three lines will allow you to add your gratuities to your shipboard account.

Keep in mind that these gratuities only cover the shipboard portion of your cruise; you’ll likely want to add a little extra for your favorite bartender, waiter or stylist. Unlike mainstream cruise ships, most river cruise vessels don’t automatically add 15 percent to your bar bill, leaving tips at your discretion.

You also may want to reward the local guides and drivers you encounter on your European adventure; in most cases, €2-3 per person should be suitable, with €1-2 for your driver.

While tipping remains a personal matter, it’s always good to have some rough guidelines of what to expect.