When many people think of river cruises, they automatically picture the waterways of Europe. While the vast majority of river cruises visit some of Europe’s most fascinating locales, there’s a world of river cruises that are available around the world, and perhaps none are more exotic than those that explore Asia. One such voyage is on our own personal “must-cruise” list: Viking River Cruises’ 12-night Imperial Jewels of China itinerary. 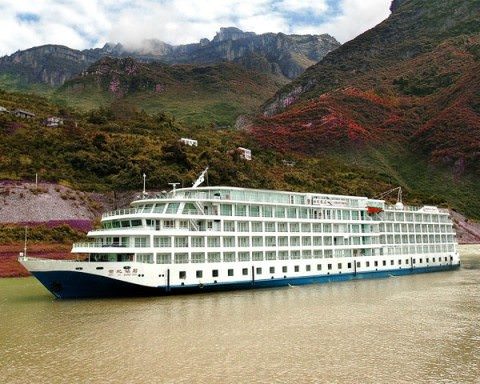 Operating between Beijing and Shanghai (or reverse) aboard Viking Emerald, Viking’s Imperial Jewels of China is a land and river cruise tour featuring some of China’s most important cities and sights. Numerous departure dates are offered between March and November of 2012. If you have a specific timeframe when you can cruise, it’s best to book now; we noticed some departures, like the April 5, 2012 sailing, are almost entirely sold out. 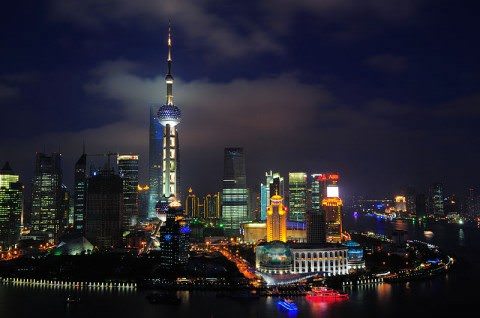 The city of Shanghai, China takes on a bright, colorful appearance at night. Photo courtesy of Wikipedia

Your journey begins in Beijing in the heart of China, where you spend three days soaking up all this ancient city has to offer, topped with a visit to the spellbinding marvel that is the Great Wall of China. Built in the 5th Century as a way to ward off invading nomadic forces, the Great Wall now spans 5,500 miles or 8,851 kilometers. That’s equal to the distance between Los Angeles and New York City – twice.

You’ll also visit the legendary Terra Cotta Army in Xian. Discovered in 1974, more than 8,000 soldiers, 130 chariots, 520 horses, and 150 cavalry horses were buried with Qin Shi Huang, the first Emperor of China, in 210 BC in order to protect him in the afterlife. 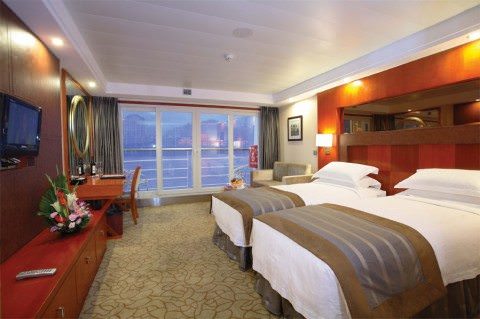 One of the sumptuous suites aboard Viking Emerald. Photo courtesy of Viking River Cruises.

Aboard Viking Emerald, one of the main highlights as you sail along the Yangtze is surely the transit of the Three Gorges and the Three Gorges Dam. A remarkable technological feat, the transit crosses five-stage locks, and you will see it in operation first-hand during a fully guided tour.

The full itinerary on this itinerary:

Few itineraries offer the kind of discoveries that this itinerary does, and all in under two weeks’ time. This is one River Cruise of the Week you surely don’t want to miss.