You are here: Home / Cruise Companies / AmaWaterways / In Pursuit Of Wine: Cruising The Vineyards Of Europe During The Fall

This fall is shaping up to be an exciting time for AmaWaterways. Recognizing the growing demand for river cruising, the line is launching a series of hosted wine theme voyages along some of the most spectacular waterways in Europe. 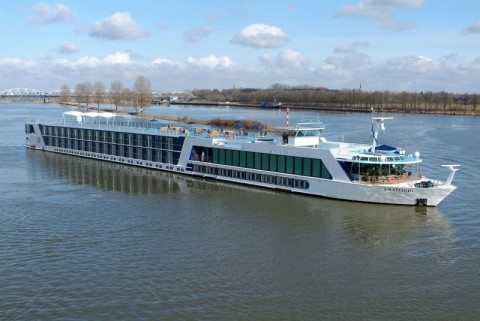 AmaWaterways sets a course for a series of unique fall Wine-themed voyages. Photo courtesy of AmaWaterways

Dubbed “In Celebration of Wine”, these cruises offered in October and November boast some amazing opportunities to immerse yourself in the rich cultural winemaking history of Europe while at the same time revel in exploring some of Europe’s most fascinating cities and towns during the comfort of the off-season.

Dubbed “In Celebration of Wine,” these cruises in October and November boast some amazing opportunities to immerse yourself in the rich cultural winemaking history of Europe while at the same time revel in exploring some of Europe’s most fascinating cities and towns during the comfort of the off-season, plus travel with wine experts from top vineyards.

Some plusses for river cruising in the fall: 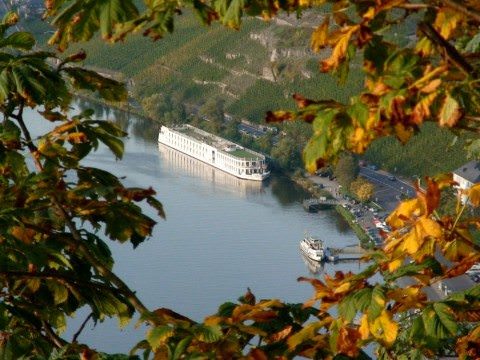 So how’s the weather?

I’ve spent October days in Europe that were gorgeous. And in November, sure, you may need to bundle up in a sweater or a jacket. Amsterdam’s average temperatures, for example, range from a low of 44F to an average high of 58F during October. November averages are about 10 degrees lower.

But these temperatures can make traveling pleasurable; after all, it’s easier to warm up than it is to cool down. Don’t forget that delicious hot beverages like Hot Chocolate, Gluwein, coffee and tea await you on your ship, the perfect companion to a beautiful fall day. 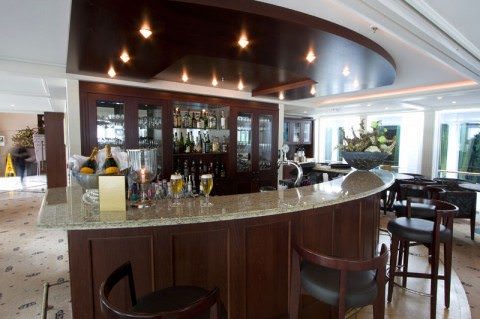 Amble up to the bar on your ship for a refreshingly warm beverage. Photo courtesy of AmaWaterways

AmaWaterways’ “In Celebration of Wine” voyages follow four distinct itineraries, some with more than one embarkation date.

Each voyage boasts guest speakers, from noted wine industry professionals to top executives from AmaWaterways. They’re on board not only to mingle with guests but also to share their own personal experiences and knowledge.

You don’t even have to be a fan of the grape — or an oenophile — to appreciate the knowledge and insight these voyages bring to the overall understanding of the rich history of Europe.

Running a week in duration, these special 7 night fall sailings are short enough to be accessible to most working professionals and retirees. If you have a little more time to spend “on the continent,” optional post-cruise packages are available to extend your stay in cities such as Paris and Prague; attractive in the summer, gorgeous in the fall.

There is are six departures with special wine hosts available (click on voyage title for full itinerary, courtesy of AmaWaterways) 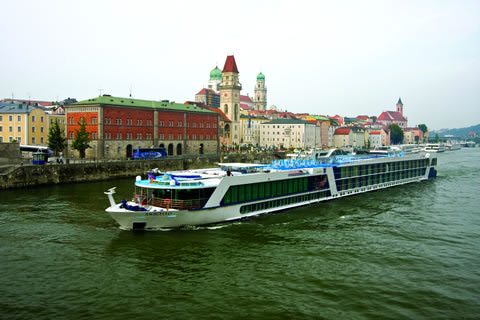 Sailing the magnificent waterways of Europe. Photo courtesy of AmaWaterways.

On their own, the itineraries are quite impressive. Take AmaWaterways’ Enchanting Rhine voyage from Zurich to Amsterdam. Departing November 12, 2011, this river cruise features historic ports and even an optional pre-cruise stay in the cities of Zurich and Lucerne (departing November 7).

Passengers who opt to take the pre-cruise stay will depart Lucerne for Basel, where guests will join their AmaWaterways vessel.

After a relaxing evening onboard, you’ll begin cruising up the river, en route for the towns of Breisach, Germany and Colomar, France.

In Colmar, take part in a visit to the “Wunsch et Mann” winery to tour the cellars and learn about the history of Alsatian wine. Of course, no winery visit would be complete without a tasting of some of the local offerings, and this tour doesn’t disappoint, giving you the ability to partake in some stunning Pino Blanc, Riesling and Gewurtztraminer wines.

In Strasbourg, you’ll have plenty of time to explore this fascinating city before paying a visit to the picturesque mountain town of Obernai. Here, you will have the chance to step back in time to see wine production as it used to be done, complete with vintage wine presses and enormous wooden casks.

The winemaking process is as intricate as it is exact, and this tour will give you a new appreciation for the genuine skill that winemakers have been putting into their products for hundreds of years. An intimate, wood-paneled room serves as the perfect setting to indulge in some of this region’s most flavorful offerings.

The adventure continues to Speyer, where you will enjoy an unusual treat: a wine lecture en route to Heidelberg, Germany, known for its beautiful setting and rich winemaking history.

You will have the opportunity to visit the red-walled castle with its Great Vat: a mammoth 49,000-ton wine cask constructed in the 18th century. You need not even go ashore to partake in German specialties: In the evening, a traditional German dinner will be served on the ship, accompanied, of course, by exquisite German wines.

The next day, awaken to find yourself in the lovely town of Rudesheim. One of the most popular destinations in Germany, this highly walkable town nestled at the foot of the Niederwald is known for its historic Old Town and winemaking heritage dating back hundreds of years.

In the afternoon, sail from Rudesheim past the breathtaking Rhine Gorge. Often considered the most beautiful section of the entire river, the Rhine Gorge is also the most photographed, thanks to the numerous castles that line its banks, not to mention the infamous Lorelei Rock.

The Rhine Gorge gives way to Koblenz. Located at the confluence of the Rhine and Mosel rivers, Koblenz is highly walkable, and its streets are lined with history, making the included walking tour of the town that much more relevant. Best of all, AmaWaterways moors its ship here overnight, allowing you to come and go at your leisure.

After a leisurely morning onboard and a wine lecture, enjoy the landscape as you make your way to Cologne. The city’s remarkable 13th-century Cathedral is one of the most popular sights in all of Germany, and you will have the ability to visit this historic landmark during the included walking tour of the Old Town. Cologne is also known for its brand of beer, called Kölsch. If you’re a fan of the pint, you’ll enjoy the included tasting of this special draft.

AmaWaterways’ Enchanting Rhine voyage finishes off with a call to Amsterdam, Netherlands. After getting acquainted with this eclectic city on a complimentary canal cruise, take a motorcoach tour of the city that includes a stop at the famous Rembrandt Windmill. Since the ship overnights in Amsterdam, you will have ample time to explore the city at your leisure.

With that, it’s time to bid both AmaWaterways and Europe farewell and journey back to your home city, richer for the magnificent experiences onboard and ashore — and perhaps also in the most literal sense of the word. A comparable voyage like this could be priced at almost double the current going rate in the summer months, plus you’ll save on airfare.

All voyages feature numerous complimentary excursions, including trips to wineries and historic landmarks of interest. Walking tours ashore are also offered free of charge, and are available in two separate groupings for both active and casual walkers. All groups are supplied with headsets, eliminating the need for your personal guide to shout over other tourists or guides in order to be heard.

On board, each AmaWaterways ship offers plenty of luxurious enhancements that are sure to make your river cruise vacation a memorable one. Most ships boast a large percentage of French Balconies, which are perfectly suited to any climate condition as there’s no exposed partition. Instead, a French balcony functions like an entire floor-to-ceiling window that happens to open up to the beautiful waterway outside. 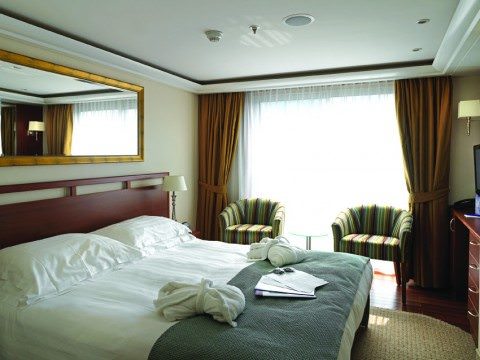 So we encourage you to give some careful consideration to a river cruise this fall. After all, a truly memorable experience can be enjoyed in any season.