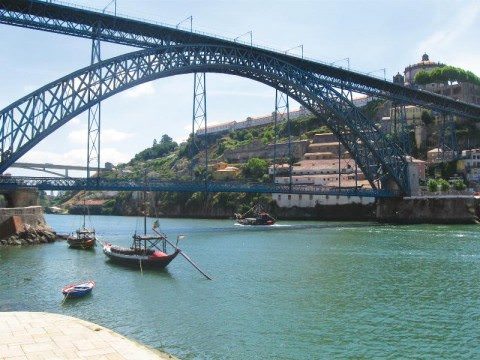 Porto is perhaps most famous for the fortified wine named after it. Port was the first wine region to become officially delimited, meaning that it had a specific region that it was allowed to source its grapes from.

Although Porto is the center of the port trade, the majority of the cellars, if not all, are actually across the river in Vila Nova da Gaia. The shipping of Port does go through Porto though, as it is the easiest to access. While 80 varietals are permitted in port, only 29 are recommended and only about five are used in any significant quantity.

Porto is Portugals’ second-largest city, with an urban population of roughly 1.1 million citizens. Built along the hills lining the Douro River, Porto is very much a vertical city; stairs, a panoramic elevator and a funicular run from the city’s low-lying historic areas to its modern upper reaches, the result of which is some stunning photographic opportunities. Read the full city guide of Porto, Portugal.