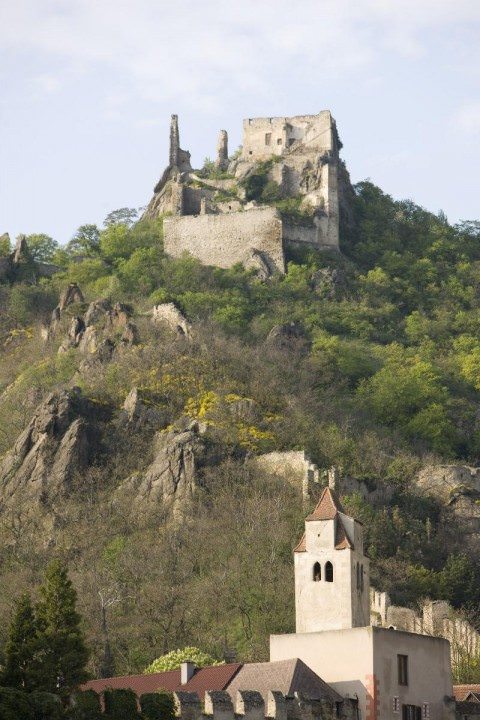 Located along the famous Danube in Lower Austria, Durnstein is well-known for its wineries and is one of the most popular tourist destinations in the Wachau region. The city’s name literally means “dry castle” in German, presumably after the stone castle situated high above the main town area.

The town was first mentioned in 1019 and gained notoriety in late 1192 when Richard the Lionheart was held captive in the castle by Duke Lepold V of Austria. It was officially made a town in 1476, and is well-known for the 1805 Battle of Durnstein that took place just outside the city. Read River Cruise Advisor’s City Guide of Durnstein, Austria.