Viking River Cruises announced last week that it intends to construct an entirely new series of four sister ships, all of which are set to launch in time for the start of the 2012 river cruise season.  It’s an impressive accomplishment for a company which has only been around since 1997, and has managed to amass a fleet of 19 ships in that time.

Collectively known as the Viking Longships, Viking Freya, Viking Idun, Viking Njord and Viking Odun will make up this exciting new class of river cruise vessel. Viking has committed to injecting some $250 million dollars to its fleet, proving that the river cruise industry is every bit as progressive as its deep-ocean cousin.

In designing this new class of ship, Viking has paid attention to the little details, like shifting the stateroom corridor over by one meter and reorienting suites to allow for more passenger space, creating some of the most spacious staterooms afloat on European waterways. At 443 feet in length, they’re also some of the longest river cruise vessels afloat. Hybrid-electric engines and extensive solar panels also make them some of the most eco-friendly ships. 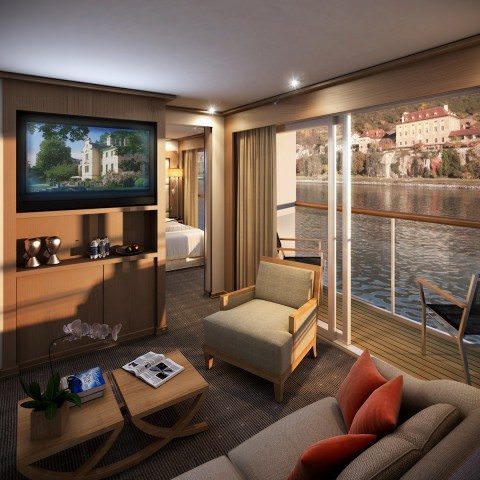 The Viking Longships feature a combination indoor-outdoor Aquavit Lounge that has completely retractable floor-to-ceiling glass doors, making it the perfect place for viewing in all types of weather.

Heading up the design team is the Norwegian firm of Yran & Storbraaten, famous for their work on numerous deep-ocean cruise ships like the brand-new Disney Dream and the modern, upscale Seabourn Quest.

When they launch next spring, these four sisters will operate some of Viking’s most popular European itineraries, including the 8-day “Romantic Danube” and the 15-day “Grand European Tour.” Best of all, these voyages are open for booking immediately.