Guest column by Roderick Eime, editor of Adventure Cruise Guide, who reminisces on the 150 years of paddlewheel vessels on Australia’s largest river. 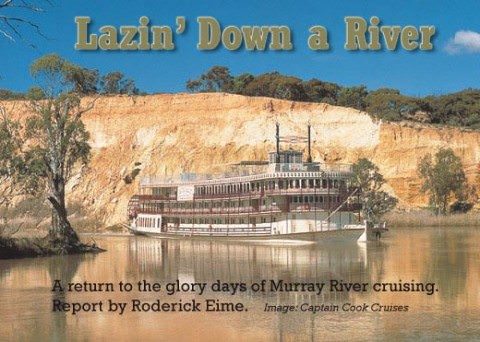 Flooding rains have caused hardship in some parts of Australia, but higher river levels have allowed river cruisers to return to normal itineraries.

It seems almost perverse to be enjoying a return to normal Murray River itineraries for Captain Cook Cruises’ giant sternwheeler, PS Murray Princess, while we watch the heart-rending dramas unfold in Queensland, Victoria and parts of New South Wales.

True, the highest river levels in almost a decade has meant that we can now travel, theoretically, from Mannum to Albury. But access to the Riverland port of Renmark is sufficient for a resumption of normal services curtailed until just last month because of continued low levels. 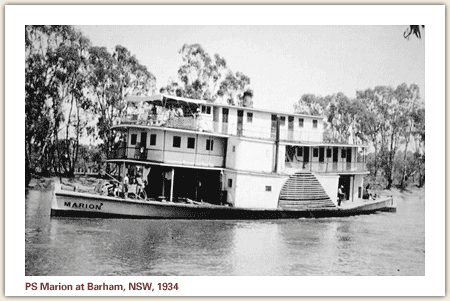 PS Marion, built in 1897, is a restored steamer offering short cruises from Mannum

During the halcyon days of river commerce in the 19th and early 20th centuries, the 250 hard-working paddle steamers were regularly thwarted by the seasonal vagaries of the Murray’s ebb and flow. With crippling floods occurring every decade or so, sometimes vessels were stranded in the low season for up to three months or more until the snow melt flows washed downstream, restoring life to the river. From 1913, 13 locks and weirs were installed on the river in an attempt to control the levels and make year-round navigation possible. But the plan was too late to save the dwindling river trade, rapidly being overhauled by road and rail transport. While primary producers turned to land transport to get their wool, wine and fruit to market on time, tourist demand kept the big paddlewheelers afloat. Taking a few days for a leisurely cruise along the Murray River has been a South Australian tradition for the best part of a century with comfort and refinement gradually increasing to its peak with the Murray Princess, the largest and grandest vessel yet.

Capable of carrying 120 passengers in comfort akin to an ocean-going vessel, the atmosphere aboard probably hasn’t changed a great deal over the years, and judging by the mood, there is little incentive to modify the ambience. Sure, it’s tailored to an older demographic, 50-to-infinity, with everything you’d expect. Entertainer Bobby Hunter on keyboards, a self-confessed former ‘bodgey’, rips out all the nostalgic tunes with electronic assistance as well as calling the bingo and running the trivia quizzes. Captain Roy Weedon regularly comes down from the wheelhouse to MC events in the dining room such as the hilarious fancy dress night. There are shore excursions like the woolshed at Sunnydale, aboriginal heritage at Ngaut Ngaut and a town tour of historic Swan Reach, many places that formed my own childhood memories of weekends water-skiing and frolicking on the Murray in the ‘70s. But the majority of your time will be spent in enforced relaxation as you watch the spectacular limestone cliffs roll past at six knots.