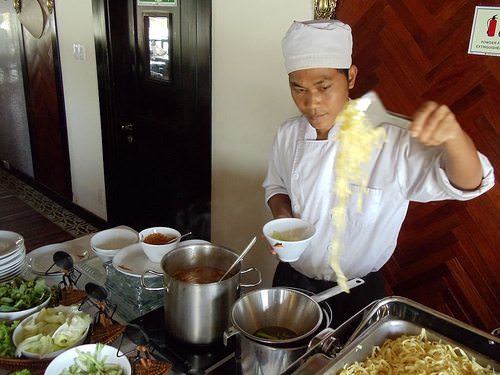 During breakfast and lunch on La Marguerite, there was a “Fresh Noodle Station,” which prepared delicious noodle soups. Also available: a buffet of Western and Asian foods, fresh fruits and cheeses. 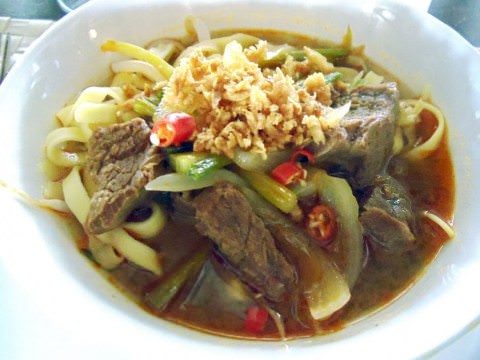 Noodle soup, an option for breakfast and lunch

Beer and wine were included for both lunch and dinner. The Vietnamese beer was good, especially after a morning of touring, but the Vietnamese wine – well, what can I say? As you might expect, it left a lot to be desired. Next season, however, AMAWATERWAYS will upgrade the wines on La Marguerite, probably to New Zealand or Australian vintages.

Dinner was a sit-down-and-be-served affair. Most of the passengers I spoke with were pleased with the dinner choices and quality. You’re not getting Michelin-starred cuisine on La Marguerite, but the food was good, and getting better. AMAWATERWAYS is using its European chefs to train the kitchen staff.

For those who need their comfort foods, hamburgers and cheeseburgers were on the “Always Available” menu.

As noted in another post, there were no illnesses that I know of from food on the ship. All water used, to cook and wash vegetables, was treated. Bottled water was supplied for staterooms and tours.