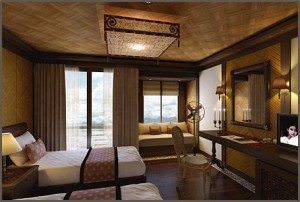 Just four months after introducing its first Mekong River cruise, AMA WATERWAYS already has plans to launch a second ship on the Mekong next summer.

The new ship, which is not yet named, will be larger than the first ship, the 92-passenger La Marguerite (pictured), which launched on Sept. 1.

Like La Marguerite, the new ship will also sail through Vietnam and Cambodia, with stops in Ho Chi Minh City in Vietnam, Siem Reap, Phnom Penh and Angkor Wat in Cambodida.

The new ship is also being built with a tropical luxury feel, incorporating lots of dark woods.

According to Rudi Schreiner, president of AMA, La Marguerite is already almost entirely sold out for the peak season, which lasts from September through March, which is why the company already sees the need for more capacity. As for beyond the second ship, “I think there’s potential for more [ships],” said Schreiner, adding that the destination lends itself perfectly to river cruising.