You are here: Home / Live From The River / Uniworld’s River Tosca a work in progress 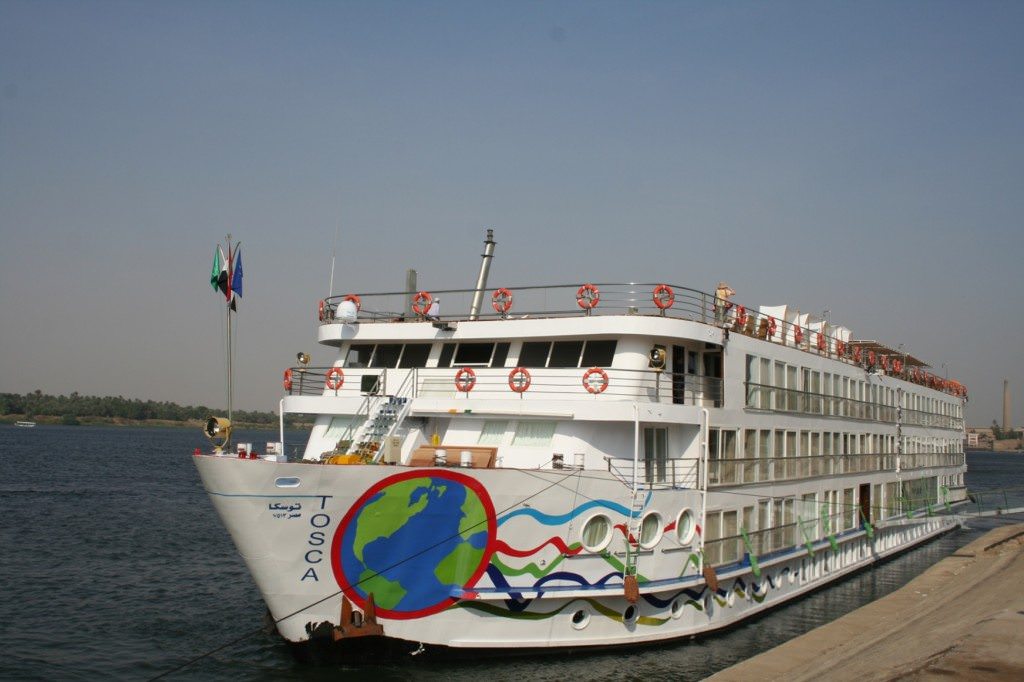 The ship marks a new strategy for Uniworld, which until now has only chartered ships in Egypt. But the Tosca is an attempt by Uniworld to have more control of its Nile product and to bring the European river cruise experience Uniworld has finessed over the years to the Nile River.

Not totally surprisingly, the company’s first such attempt has been a challenging one, to say the least.

Uniworld may have building ships in Europe down pat. But Egypt is not Europe, not by a long shot. What Uniworld found was that getting the quality of workmanship and service available in Europe is not something to be taken for granted in Egypt.

The ship’s launch was delayed until last week (the four previous sailings were done on another ship as the Tosca continued to be readied), and it is still a work in progress.

For instance, the lobby and lounge areas exude a certain Arabesque sophistication. The marble lobby floors with Egyptian detailing lead to a wooded lounge area with a pleasant, colonial feel.

But head towards the cabins on the upper levels of the ship, and the wood floors on the stairs, in the hallways and rooms are scratched and chipped. Other little details around the ship — a bit of misplaced paint here, loose floor tiles there — look as though they were rushed or finished improperly.

But according to Jan Wlodarczyk, resident manager of the River Tosca who was transferred from Uniworld’s European operations team to make sure the Tosca meets Uniworld standards, anything that needs to be replaced or touched up, will be finished within the next couple weeks.

He said that there are several European workers on board, in addition to the Egyptian staff, working overtime to iron out any last-minute kinks.

Despite a late start and some initial setbacks, the passengers on board are raving about their roomy cabins, designed in Uniworld’s trademark boutique hotel design style with chic, all-white armchairs, decadent fluffy beds and marble bathrooms. And the sun deck, complete with a pool and shaded cabanas from which to watch the Nile river gliding by is downright bliss. 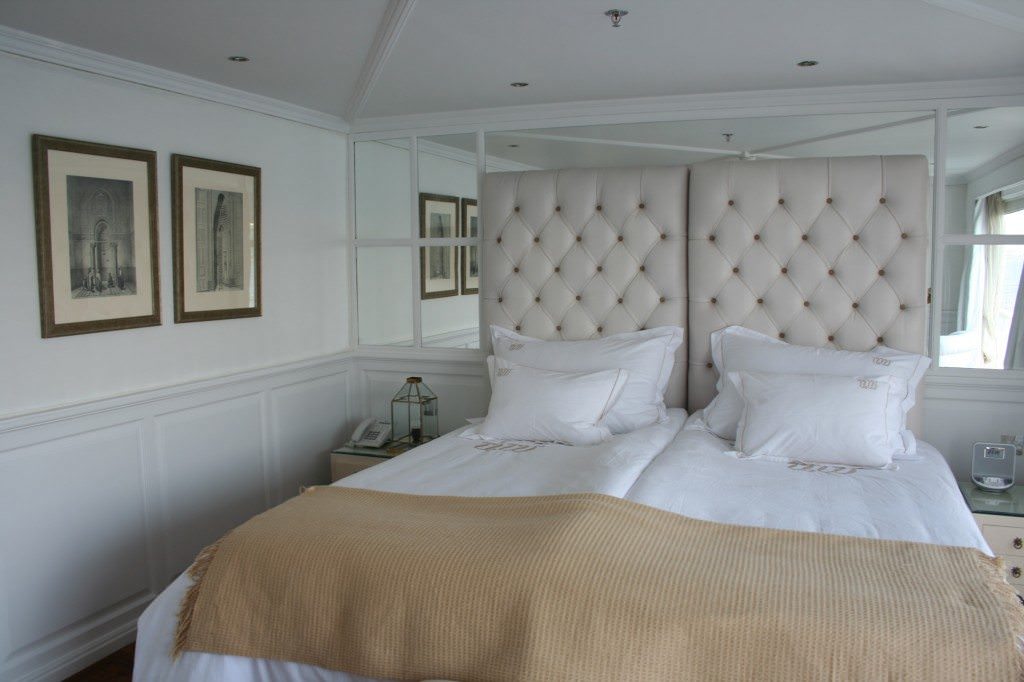 Additionally, the three daily meals served in the dining room have been consistently pleasing, a combination of European and Egyptian recipes and spices.

Maybe Uniworld is learning the hard way the difference between Europe and Egypt, but the passengers are learning the slightly easier way. 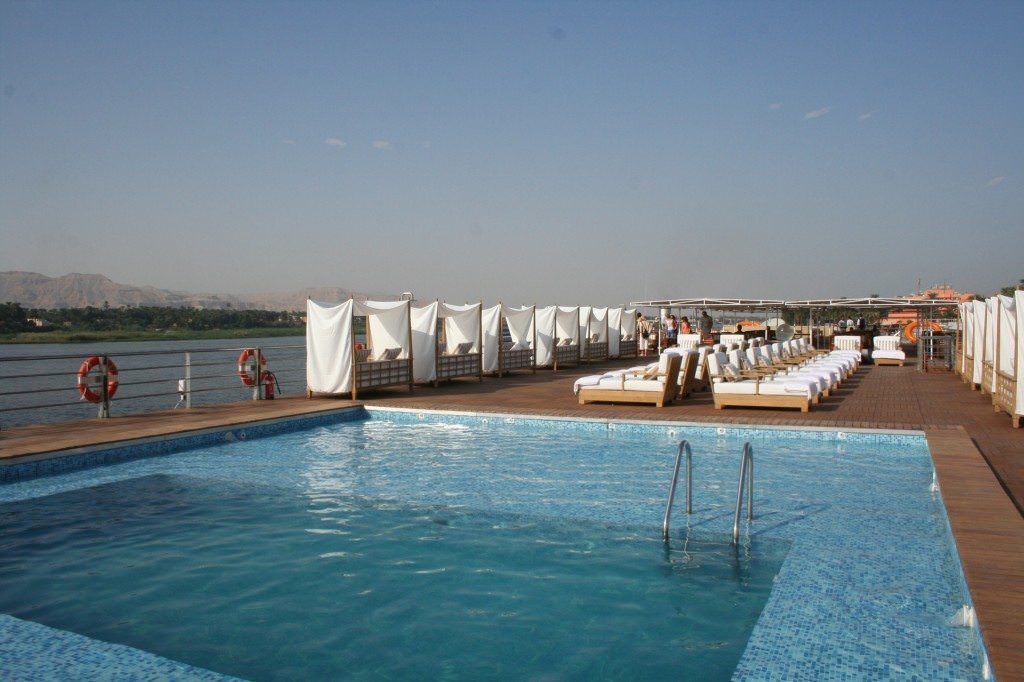