Santangelo headed Peter Deilmann Cruises’ North America operations for 13 years, until this June, when Deilmann announced it is exiting the river cruise business at the end of the 2009 river cruise season.

Now, Santangelo has brought his experience over to AMA. Here,  he talks about the evolution of river cruising and where the business — and AMA — are headed.

Q: How did you get involved with river cruising?

A: I remember doing a press conference in 1991, I was the SVP of worldwide marketing for Cunard, and I announced that Cunard was going to be representing these [Deilmann] river vessels … no one could understand what Cunard was up to. We all had of our bases covered, but what we were missing was the rivers, and no of course at that time was even aware that we were missing something, because it was unknown. It was something that the Europeans did and embraced from the mid-80s. That was the first introduction and I must say it wasn’t well received because people couldn’t connect the dots. They couldn’t understand why people would enjoy cruising on a river. It sounded not too exciting.

Q: How did river cruising evolve?

A: Quickly we came to see that all of the benefits of ocean cruising, which was pack and unpack only once, and have your product basically be all-inclusive and we’ll transfer you from one place to other, all held true for a river cruise, as well as an ocean cruise. There was less to do on board, but a lot more to do on shore.

Q: The main players in those early days were Deilmann, Viking and Uniworld. How did they differ?

A: The products, they were different from the get-go, but it was hard to discern what the differences were until Viking came along and created a homogeneous product that they were mass marketing to the customers. And then you could see very distinctly what Deilmann was all about. They were doing luxury cruises on much smaller vessels with a mix of European and Americans, whereas Viking was all Americans, and then Uniworld was all Americans, primarily, with a tour operator product.

Q: What changed when newer entrants into the market, such as AMA, showed up?

A: So, you had AMAWATERWAYS coming in 2002, Avalon coming in 2002. And the market began to build new vessels. AMA for instance became very interested in providing the all-inclusive experience. But they don’t market directly, so very different from Viking. While Deilmann never did any discounting of any kind, AMA does modest discounting. It does an early booking offer, it has specials from time to time. With AMA it’s all-inclusive. You’re wine is included, the excursions are included, the beer is included. It’s just a different mentality on board. They want people to come, enjoy their vacation, not put their hands in their pockets for almost anything.

Q: How have river cruise ships evolved since the Deilmann’s flagship luxury vessel the Mozart launched in 1987?

A: The Mozart was really distinguished by the size of her accommodation. She had 203 square foot rooms. She was the only one with a full-sized indoor pool. She definitely was a cut above and very different from anything that was to come later. What’s happened with this new crop of ships built in the last seven or eight years, is that many things onboard are geared to the deluxe market. On the AMA ships, over 80% of the rooms have French balconies, which Mozart doesn’t have because she was built before they were commonplace. The rooms are 174 square feet, so they’re pretty large. When Mozart had her rooms at 203, the standard room was 120 or 130. The differences against Mozart are not so dramatic as they once were. 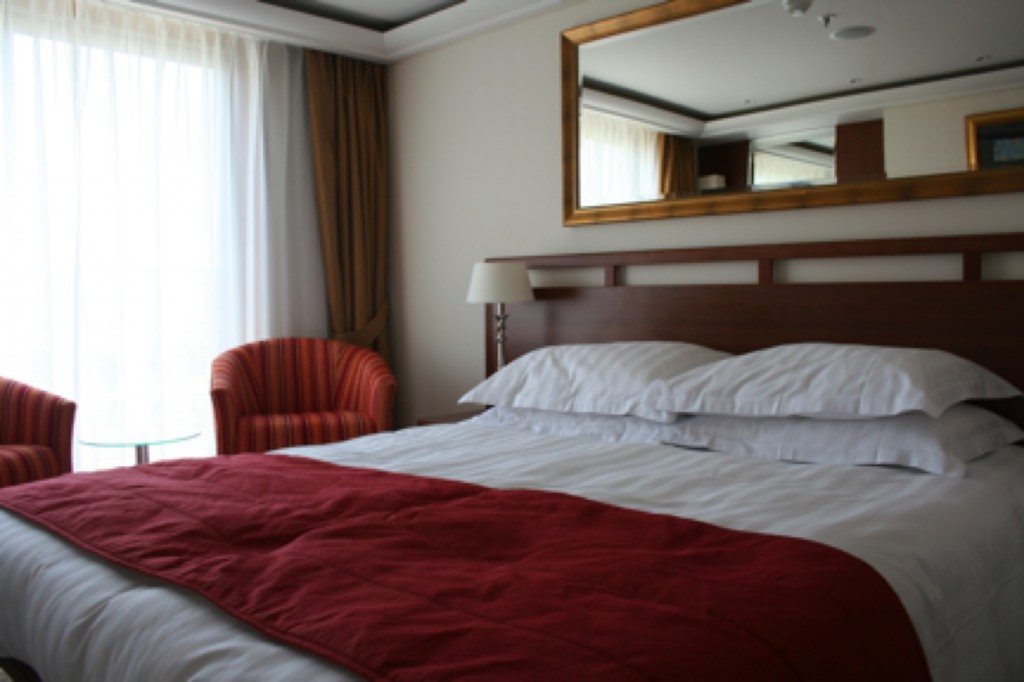 Q: Has the river cruise market fully matured yet, after all this time?

A: I’ll tell you why it’s not mature, if you look at the number of people that go to Europe in the course of a year from the United States, it’s about 12 million. If you look at the number of people that have left the United States to go on a river cruise, it’s probably under 200,000. The number of people that are the potential guests for the rivers is not mature at all. It is still very much a niche product. Why is that? Well, the river ships are all small. They only have 150 to 170 berths. So, even though they are several river companies, each of whom has seven to 10 vessels, it doesn’t add up to a tremendous number of beds. And remember the season is only about 32 weeks long, from the middle of March until the middle of November. River cruising didn’t even exist before ‘91, to the American. So it’s still evolving, it’s still developing.

Q: Will there be more innovation on river cruise ships?

A: Yeah, I absolutely believe that will continue. Companies are very creative, the more experience they get, the more nuances they can change and make that product refined and that will continue. Look at the ocean ships, doing things that were unheard of  … it will happen on the rivers as well. People will come up with something that’s unique and continue to make the product more interesting. Any limitations on board are compensated by the opportunities on shore.