Fully 80 percent of the staterooms feature French balconies. The only ones that don’t are the 13 staterooms on the lower Moselle deck. 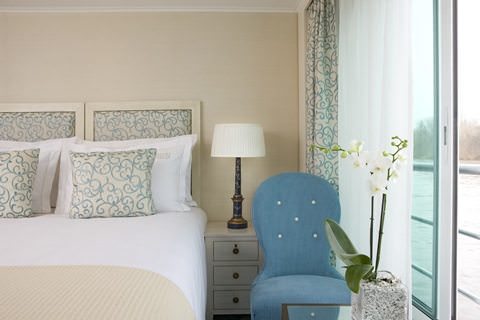 The River Beatrice also features a lounge, restaurant, library, sundeck, massage services, fitness center, sauna, Jacuzzi, gift shop and elevator. Wireless Internet access is available on board the ship. Complimentary use of bicycles is a new feature being offered by Uniworld.

The River Beatrice is scheduled for 33 departures this year along the Enchanting Danube itinerary, a nine-day cruise along the Danube River through Hungary, Slovakia, Austria and Germany from Budapest to Passau.

The cruise alternates with a Passau-to-Budapest itinerary. The ship is also scheduled to sail four departures of the nine-day Danube Holiday Markets cruise along the same route, between November 29 and December 20, 2009.