You are here: Home / Destinations / Europe / Slovakia / Bratislava / Choose To Cruise The Danube

Immortalized by Johann Strauss in Blue Danube Waltz, the Danube winds from Germany’s Black Forest through Austria into the Balkans before dumping into the Black Sea.

The romantic river flows through six countries and meanders for nearly 1,800 miles. Some of Europe’s most-fabled cities — Regensburg, Passau, Linz, Vienna, Bratislava, Budapest — are situated on the banks of the Danube, making the Danube a good choice for first-time river cruisers.

On our eight-day cruise on Uniworld’s River Empress, there were both first-timers and repeaters. Our cruise began in Budapest and ended in Passau, with an overnight on board in each city at the beginning and end of the cruise.

Ashore, Uniworld includes at least one free tour in each destination, so that passengers get an overview and introduction to the places they visit. Following is a brief overview of the destinations we visited along the Danube.

Budapest was once referred to as the “Queen of the Danube,” because of the city’s cultural significance at a time when Hungary was three times the size it is today.

On one side of the Danube, hilly Buda retains much of its Middle Age charm; its cobbled streets and Gothic buildings have been well preserved. On the other side of the river, Pest is the thriving city center.

River Empress was docked on the Buda side. A free ferry shuttled us between Buda and Pest.

Bratislava. Slovakia’s capital city was a “capital in exile” for Hungary’s kings and archbishops during Turkey’s occupation of Hungary and most of the middle Danube basin from 1526 to 1784.

Bratislava is dominated by an enormous castle that stands sentinel over the Danube. Though the castle dates back to the 9th century it was razed in 1811 and rebuilt. 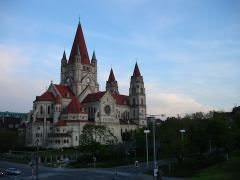 Vienna was the next stop for River Empress. After the included city tour, many passengers visited Schonbrunn Palace, the imperial summer palace of the Habsburgs, one of Europe’s principal sovereign dynasties from the 15th to the 20th centuries.

Vienna is characterized by beautiful parks, legendary Viennese coffee houses and Baroque palaces. One of the city’s most famous landmarks, Stephansdom (St. Stephen’s Cathedral) is also one of Europe’s most impressive Gothic structures.

The musically inclined will appreciate that Mozart, Beethoven and Strauss composed their greatest operas and symphonies in Austria’s capital city. The composer Schubert was born here.

An optional excursion offered by Uniworld features an evening concert, and this one is a “don’t miss” for lovers of music and culture. 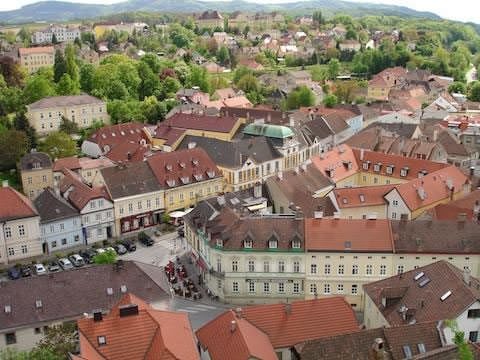 River Empress called on Durnstein one morning, and Melk (pictured) that afternoon, with scenic river cruising and an outdoor Bavarian buffet on the upper deck.

Using the bicycles on board, a group of us bicycled through the vineyard-rich Wacchau Valley in Durnstein. Read more about that by clicking on “Pedaling Along The Danube.”

In Melk, the included tour took us to the 900-plus-year-old Melk Abby, situated high atop granite cliffs overlooking the Danube and the village of Melk.

From Linz, on the following day, most passengers opted for the included tour to Salzburg (about two hours each way), birthplace of Mozart and the setting for the acclaimed musical, “The Sound of Music.”

Situated at the confluence of three rivers, Passau marked the end of our cruise. We overnighted on board.

Disembarking passengers either transferred to Munich’s international airport, 90 minutes drive, or for a post-cruise stay in Prague, about three hours by motorcoach.